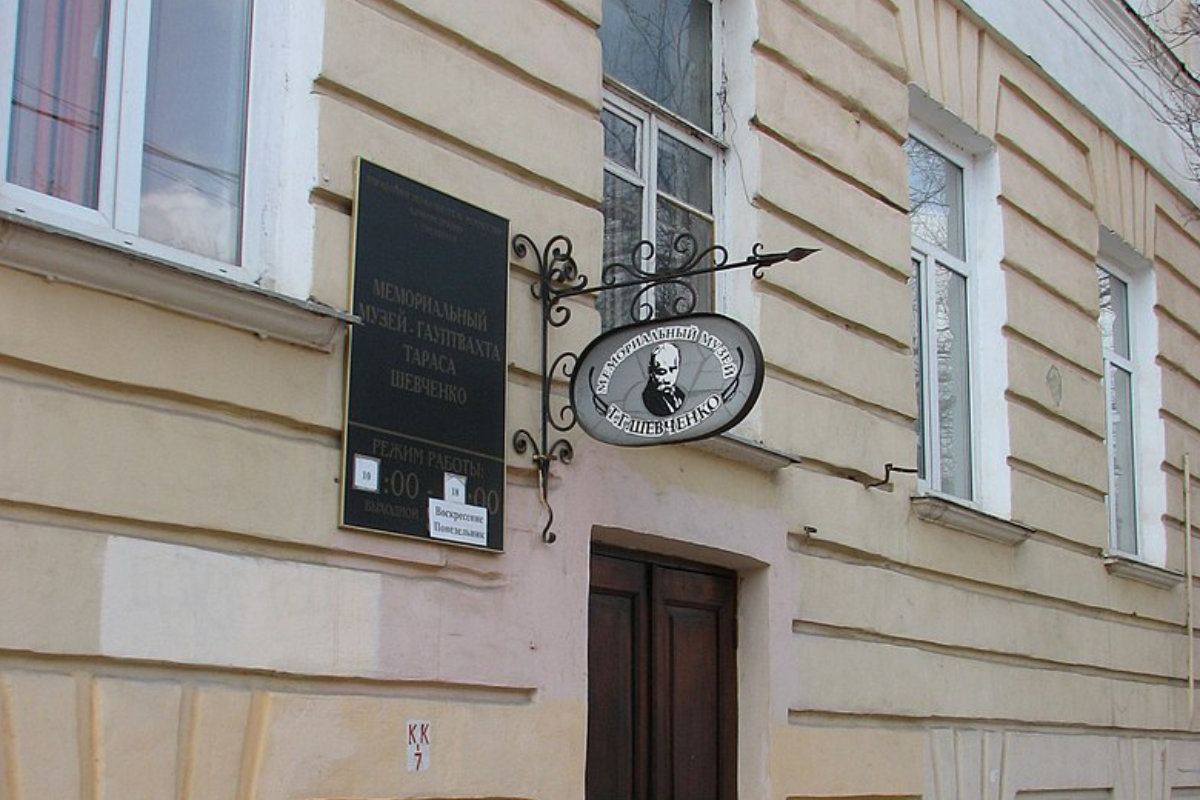 The Taras Shevchenko Guardhouse Museum was opened on March 9, 1989. It is situated on the site of the main guardhouse of the former Separate Orenburg Corps where Taras Shevchenko was imprisoned in April-May 1850. The brick walls and rough-stone floor of his small cell are original, and the rest has been reconstructed.

Figures of the officer and soldier guarding the cell have been re-created in the style of Orenburg Cossacks by Lviv artists, Volodymyr and Ivan Turetsky and Orest Hnativ.

The exhibit hall, formerly the training room for guards, has been re-created to reflect Shevchenko’s months of imprisonment. Under a semi-circular ceiling, reproductions of Shevchenko’s art, mainly from Orenburg, line the corridor in two rows.

In the room exhibiting donations to the museum, woven and embroidered ceremonial towels are displayed along with Shevchenko’s works translated into Japanese, an old portrait from Dnipropetrovsk and items by master artisans.
Various award-winning and merited artists, researchers, and professional museum workers actively participated in the creation of the museum. 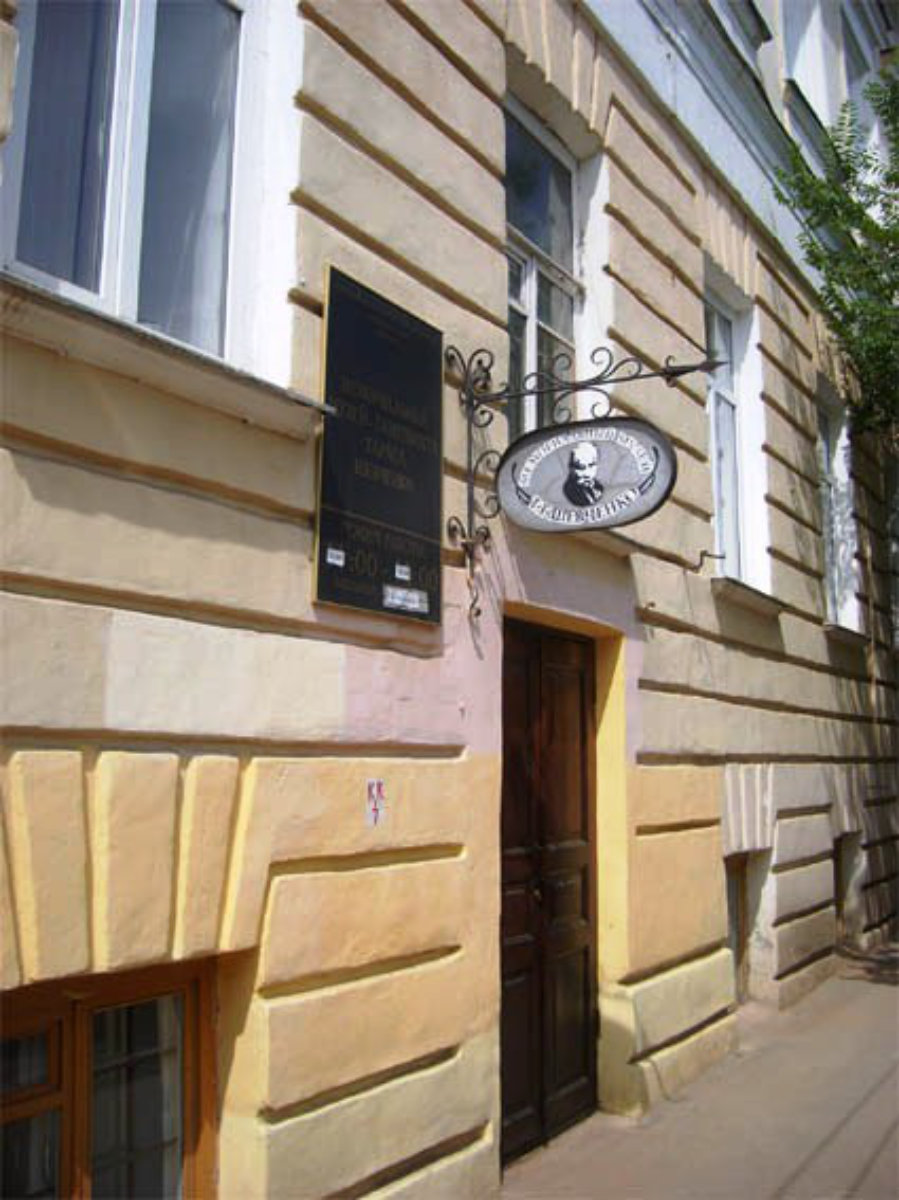 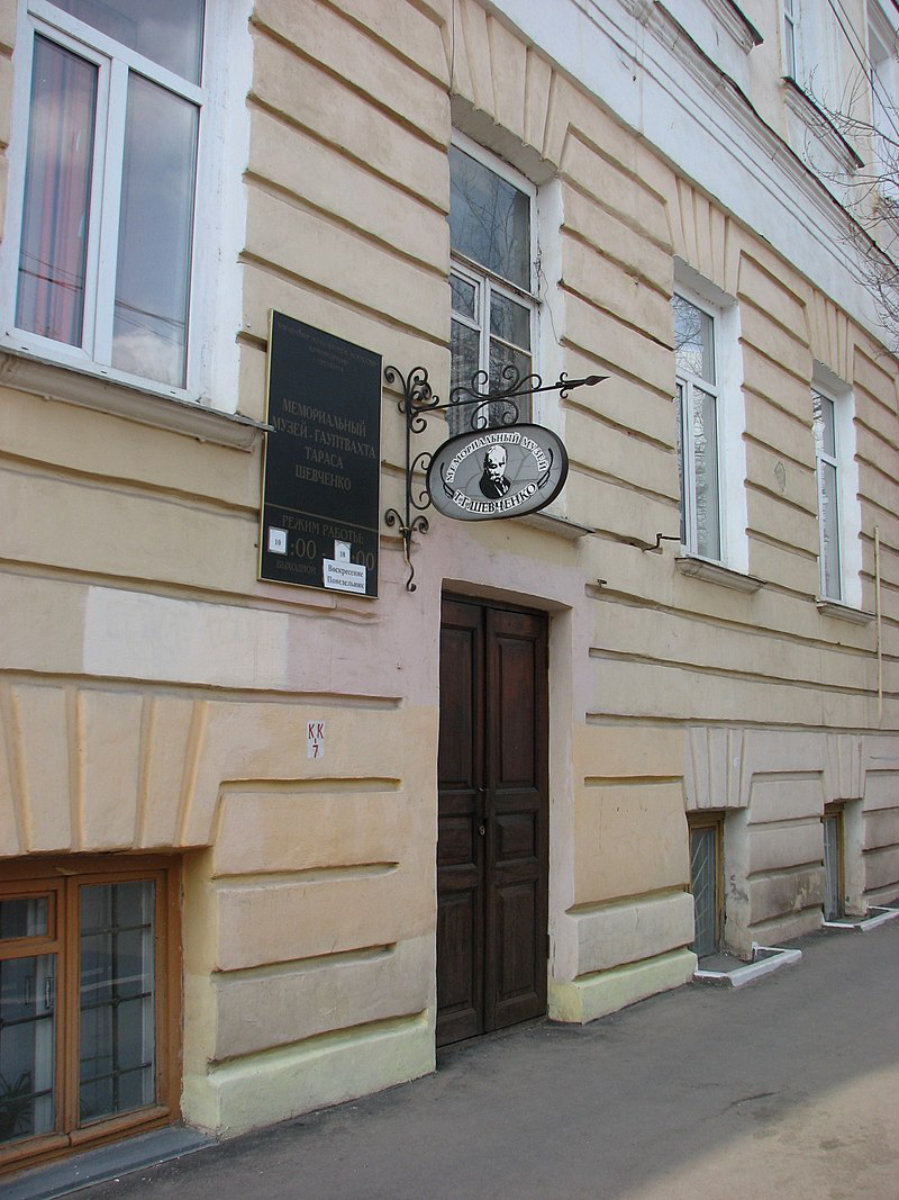