One hundred thirty years ago, on September 7, 1891, Ivan Pylypiw and Vasyl Eleniak, two 33-year old peasants from the village of Nebyliw in Eastern Galicia, stepped off the steamship Oregon in Montreal. Their arrival signaled the beginning of four waves of Ukrainian immigration to Canada and mark the origins in this country of what has been estimated to be over 1,200,000 Canadians of Ukrainian descent.

Ukrainians came to Canada for many reasons, including national and social discrimination at home and economic hardships, which offered no future for the immigrants and their families. In the late 19th Century Canada, on the other hand, was encouraging immigration to open and settle its vast prairies, to build its railways, to develop its industries and urban infrastructure, and to work its mines and forests. Ukrainian peasants, predominantly from the Western Ukraine filled a need for hardy settlers and cheap labour.

The immigrants, driven by hardship at home and the lure of a brighter future in the new world, abandoned family, friends and their native soil for the perilous voyage abroad. Most brought little material with them - a few tools and other supplies, a bit of money to help establish themselves. But they also brought with them a willingness to work hard and a love of their culture and traditions, which flourish even to this day.

The early Ukrainian immigrants knew Shevchenko well and many brought his poetic works with them to the new world in the form of brochures and the immortal Kobzar. Shevchenko's love of common humanity, his courage in the face of adversity, served the immigrants well in their daily struggles to establish themselves and build a better future for their children. Shevchenko was their inspiration.

Organized community and cultural-educational life established themselves early amongst the first immigrants. While much of the focus of community life was centered around the various churches, a network of reading rooms to educate the immigrants and their families was well established already during the second decade of Ukrainian settlement in Canada. For example, a T. H. Shevchenko Reading Room was operating in Winnipeg by 1903 and the first recorded Shevchenko Concert took place on May 1, 1904. The first Ukrainian language newspaper, the Canadian Farmer (Kanadiysky Farmer) rolled off the presses in 1903 and the first Ukrainian book was printed in Winnipeg a year later, followed by the opening of the first Ukrainian bookstore in 1905. In 1918 the progressive organization, Association of United Ukrainian Canadians was founded.

Those early Ukrainian settlers established the Canadian prairies as part of the bread basket of the world. Their hardship and struggles, unimaginable today, and their vision, determination and perseverance laid the foundation for the great strides and accomplishments of succeeding generations.

Shevchenko Museum Heritage collection focuses on the historical and cultural items related to the early Ukrainian immigration to Canada. It consists of pioneer tools, farming, mining and domestic implements, furniture, photographs, documents, and memorabilia. 100 percent of Museum heritage collection is individual and institutional donations. Of note is the donation of a major portion of the former Timmins Historical and Cultural Museum and the donation of various tools and implements from early settler days by the Ukrainian Historical and Cultural Village in Dauphin, Manitoba. Many of these items are on display in the heritage gallery on the ground floor. 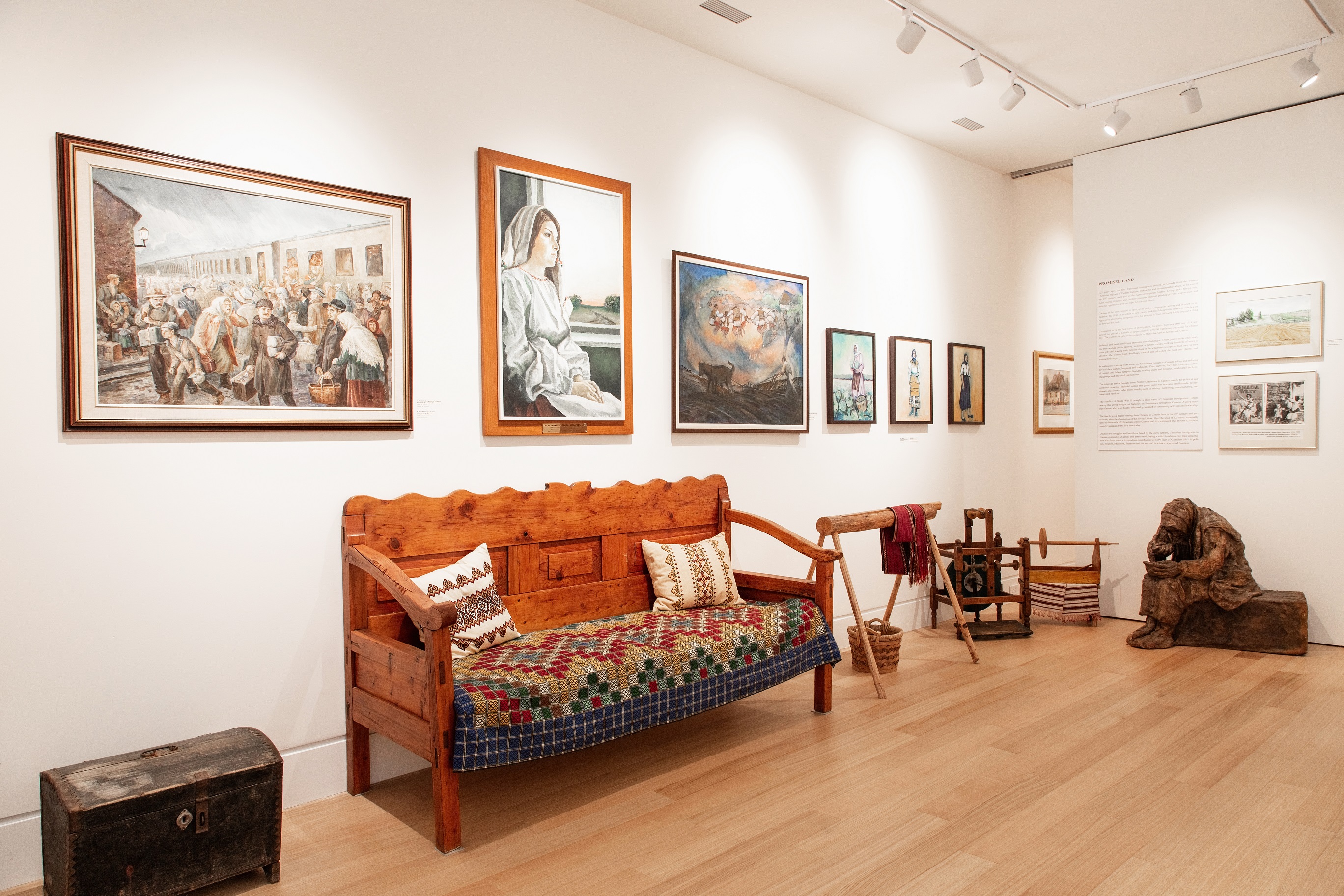 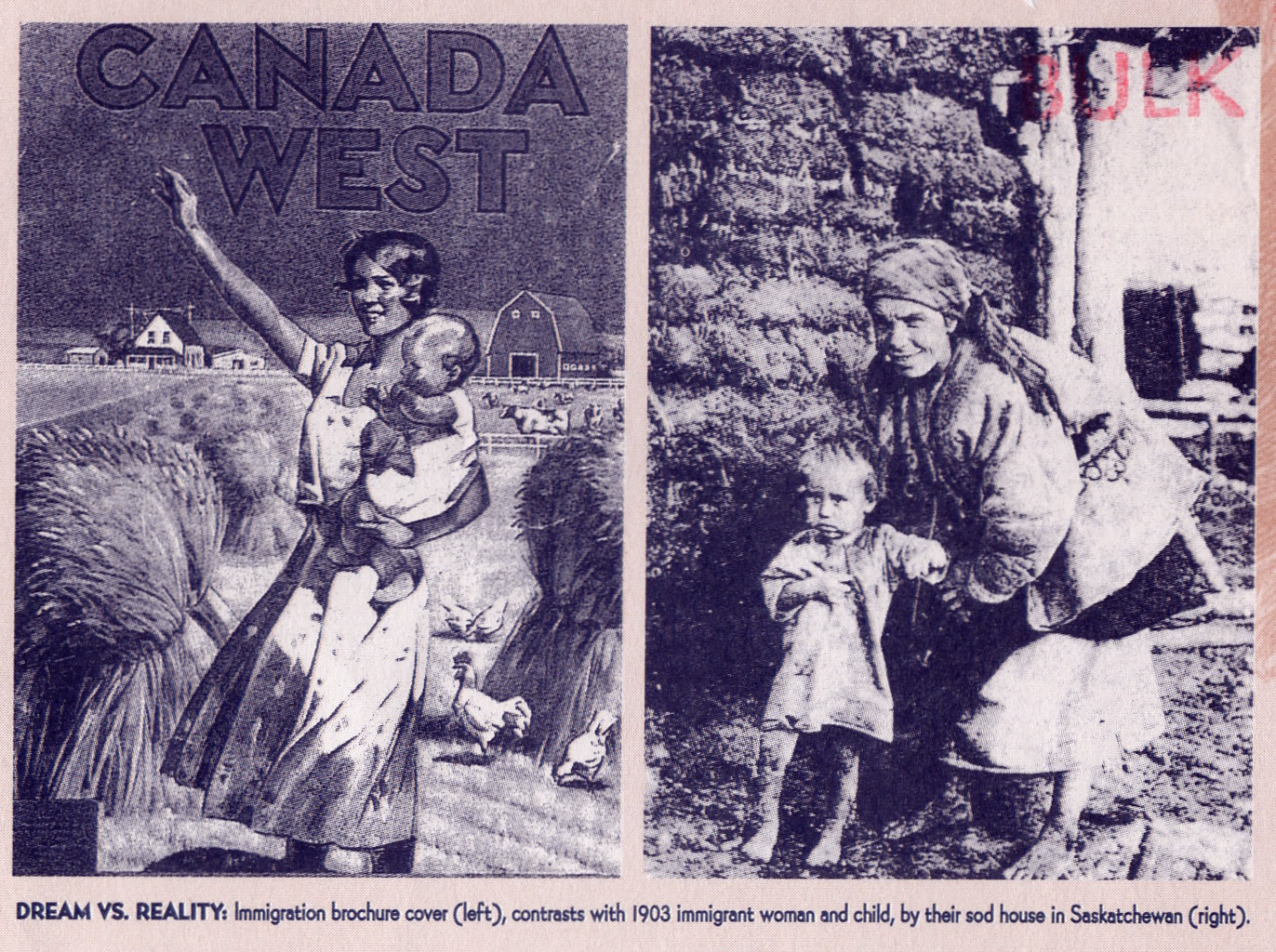 Dream VS Reality: Immigration brochure cover (left), contrasts with 1903 immigrant woman and child, by their sod house in Saskatchewan (right). 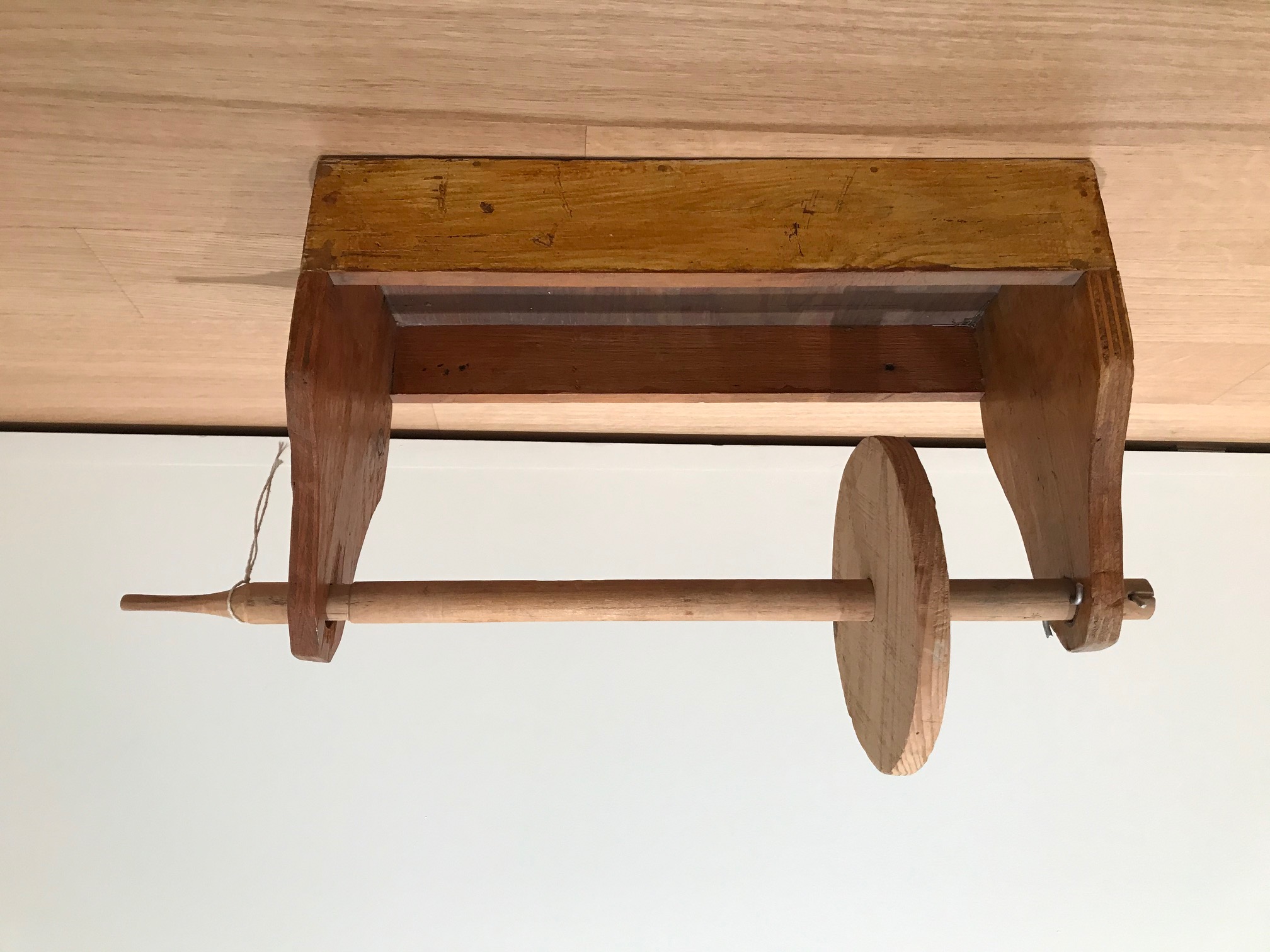 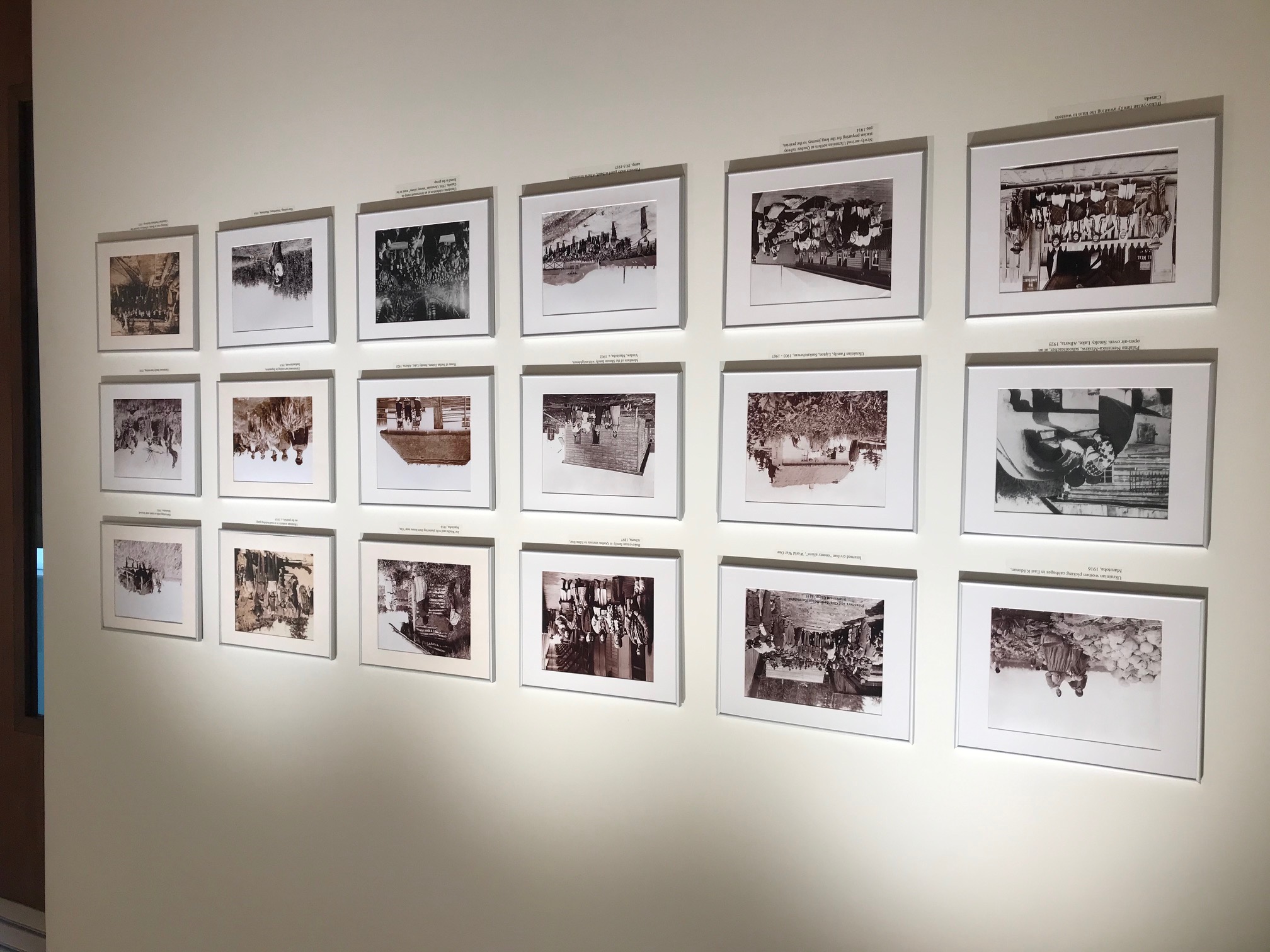 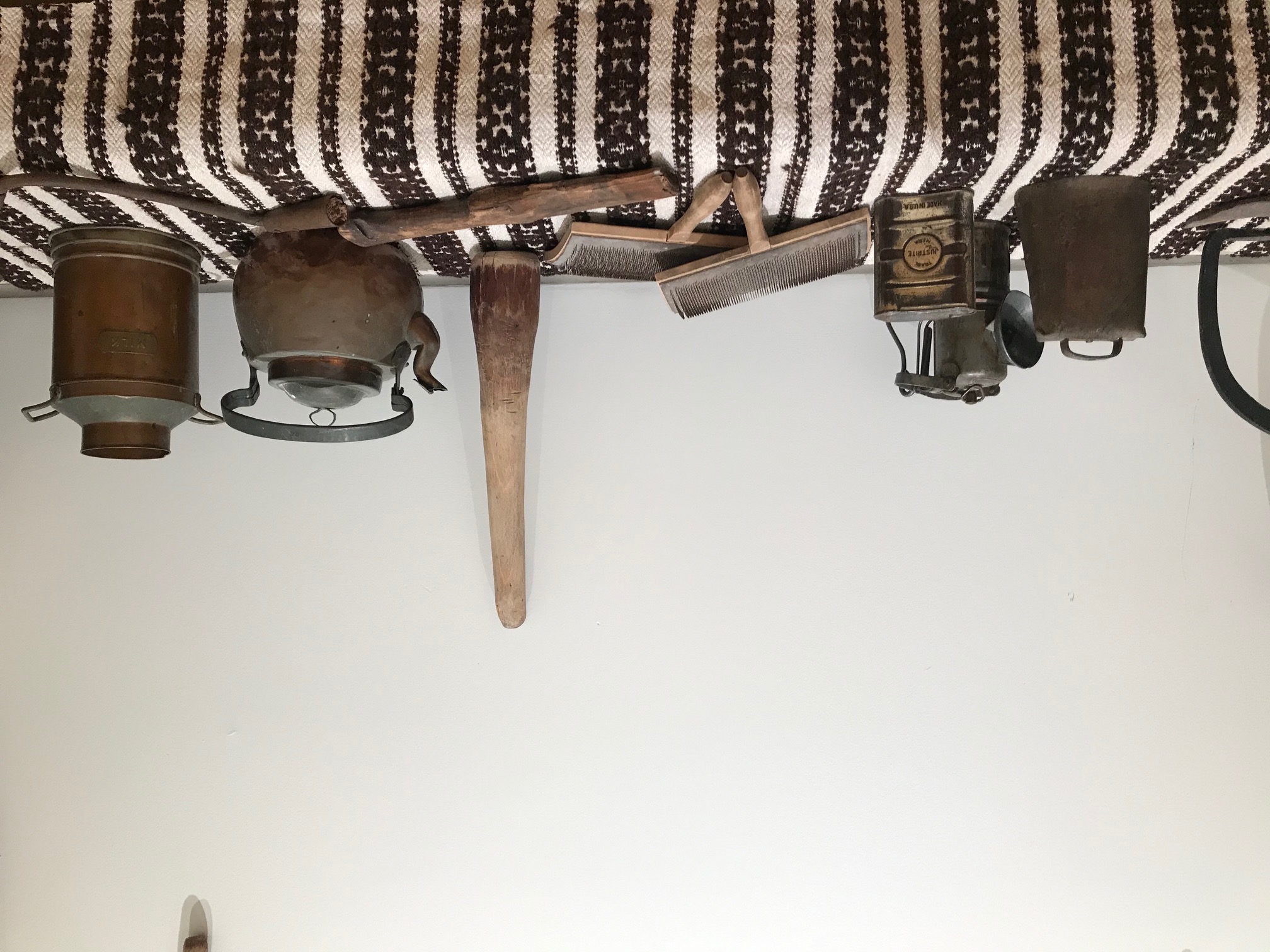 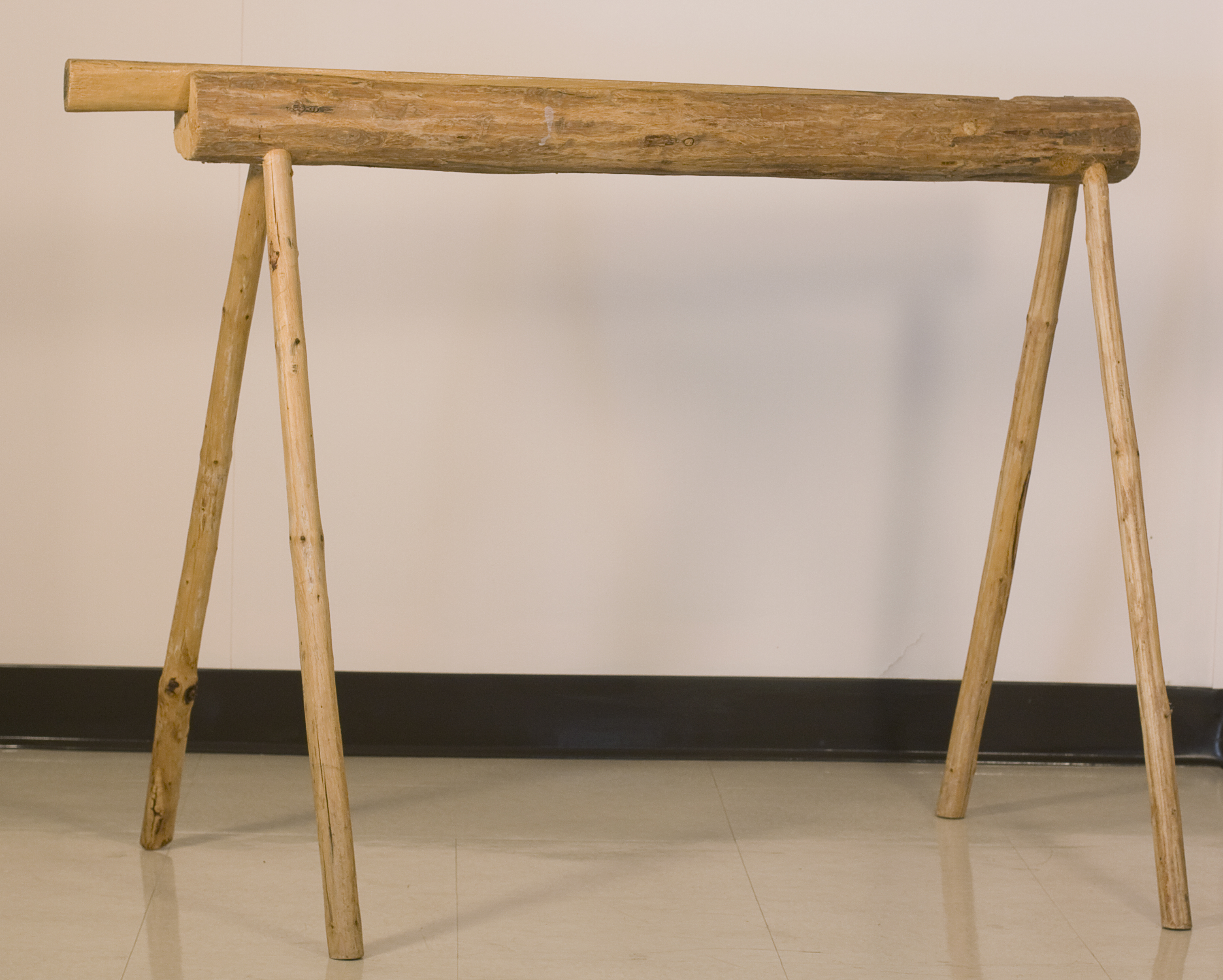 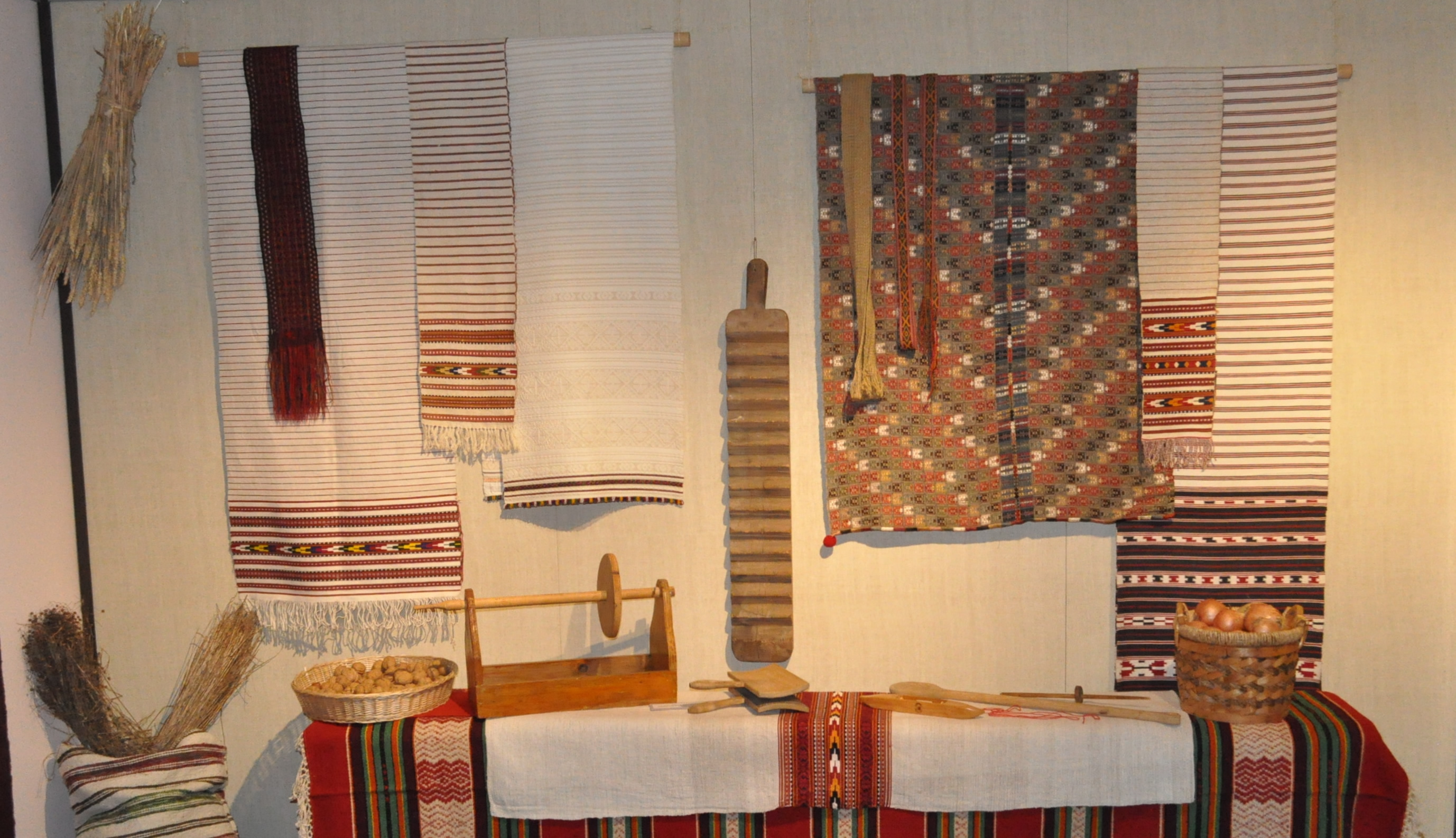 Exhibit of the hand-made tapestry 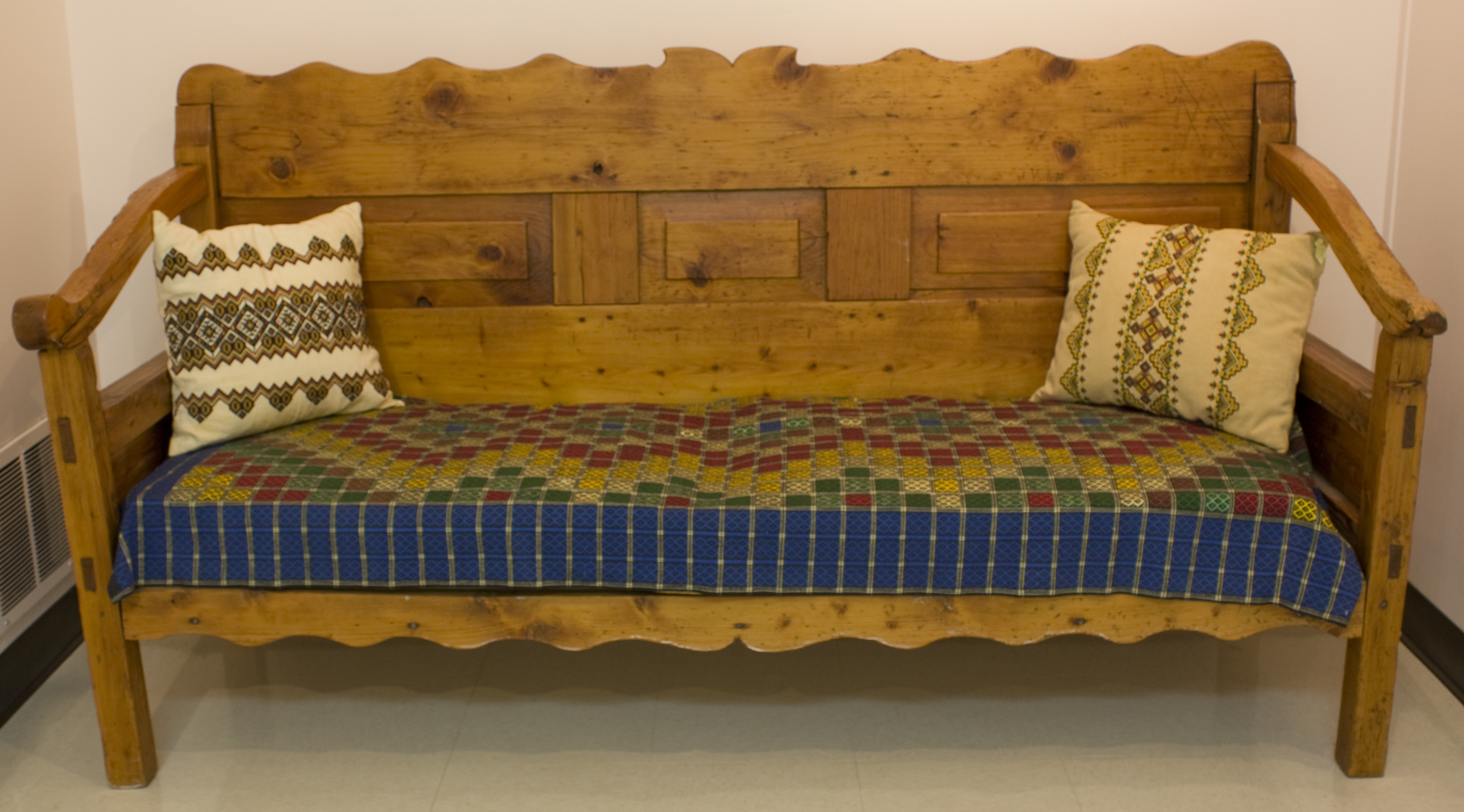 Bembetel (sofa), made with no nailes over 100 years ago in Manitoba. 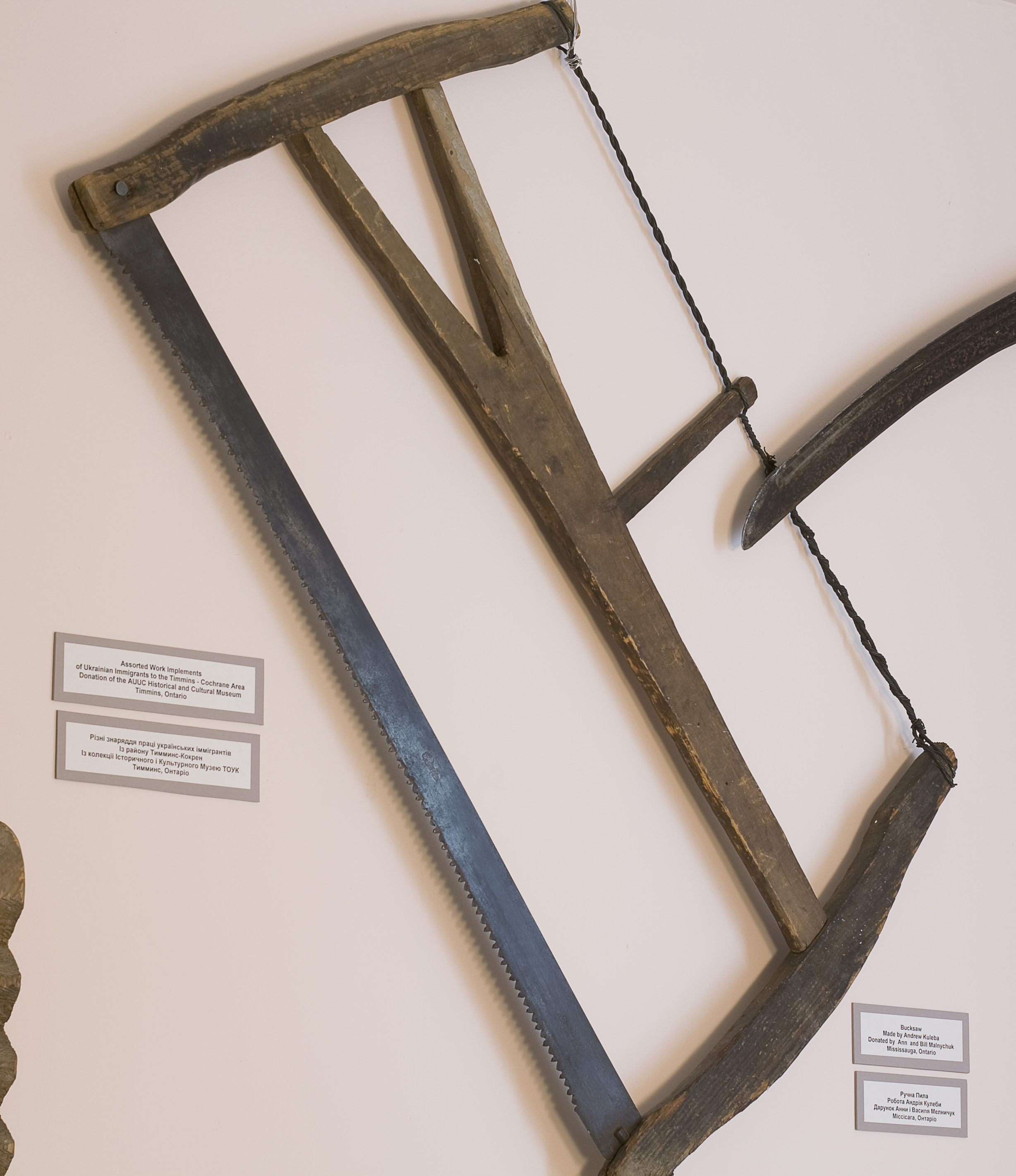 Cross-cut saw made by Andrew Kuleba. Donated by Bill and Ann Malnychuk 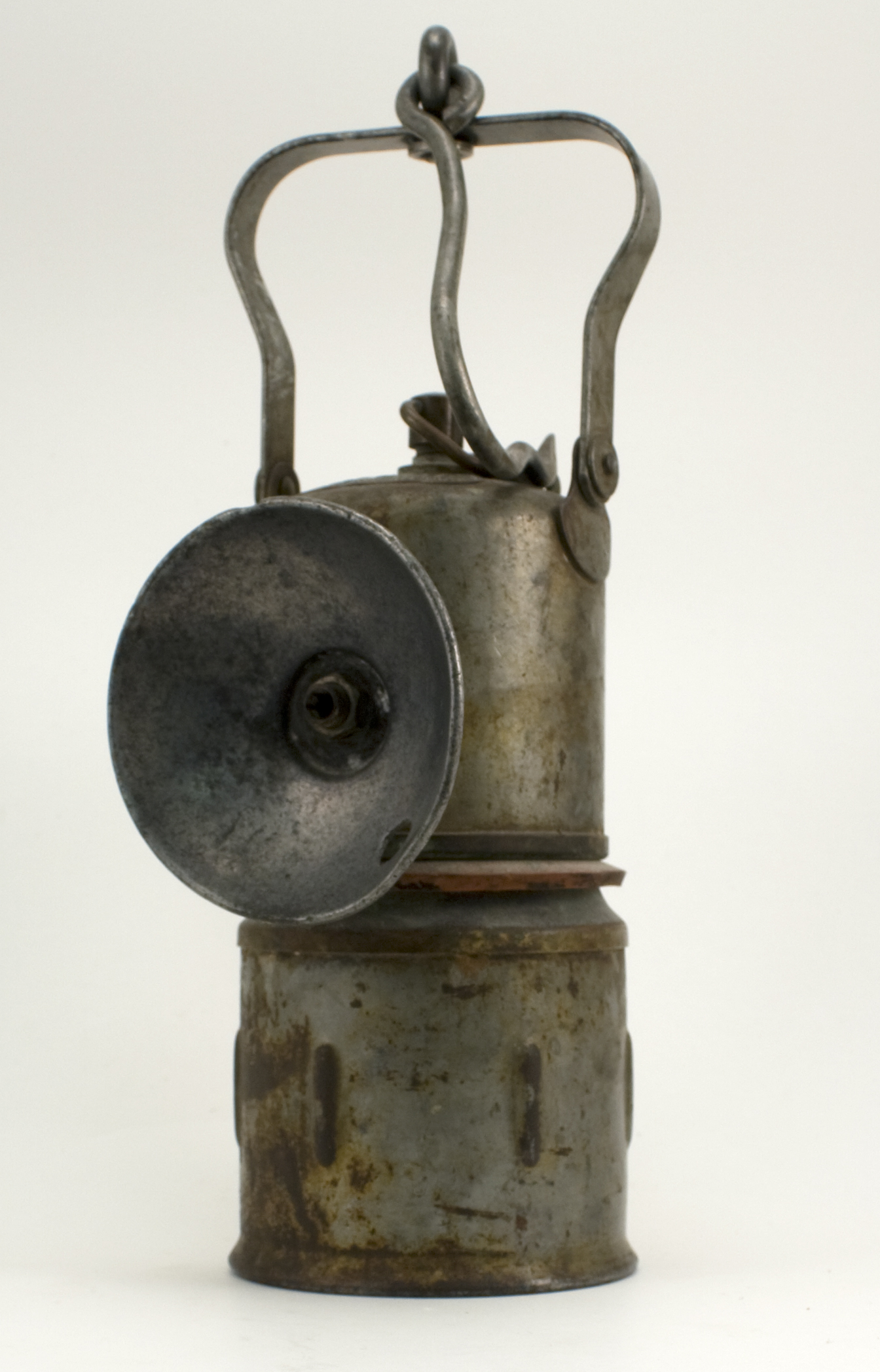 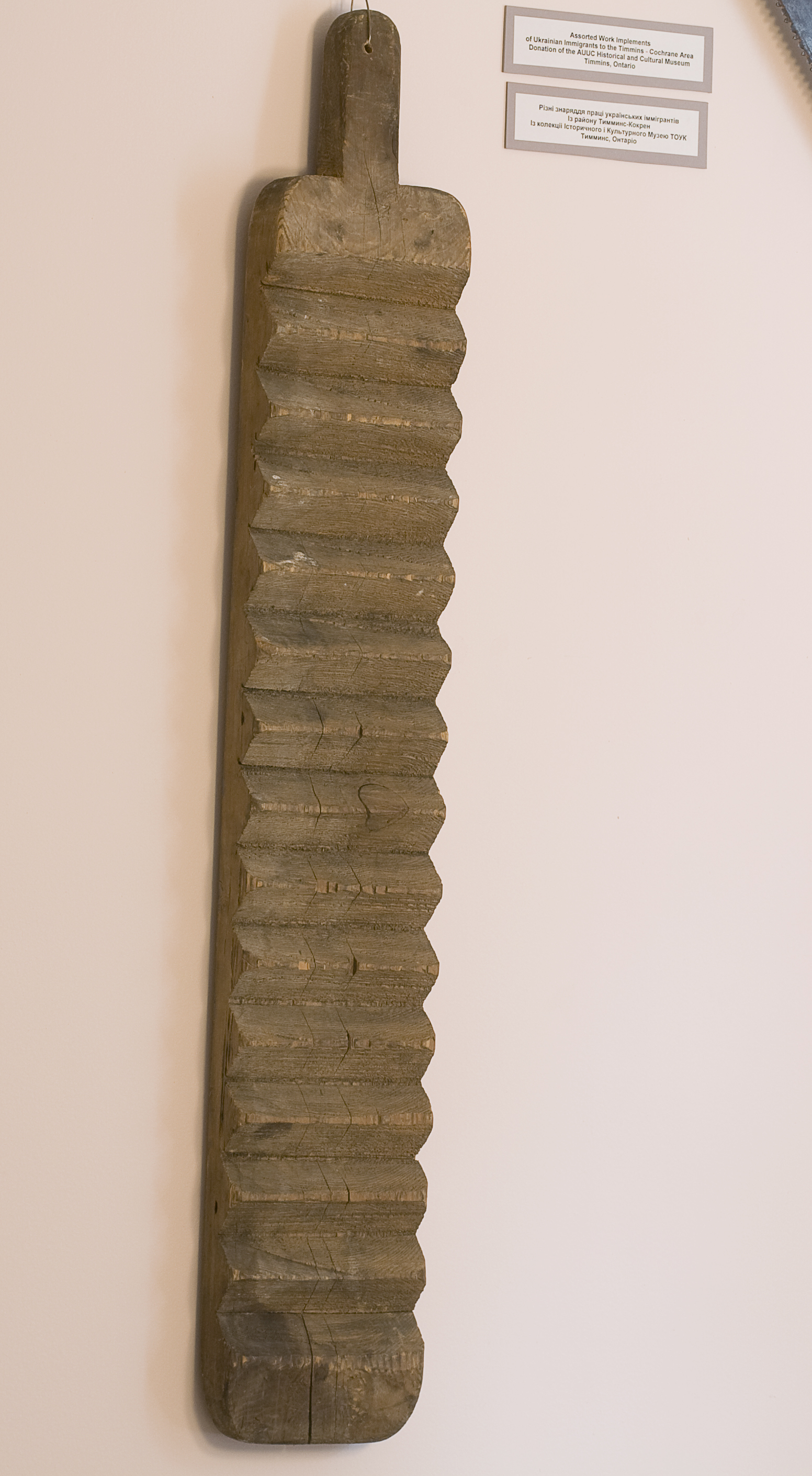 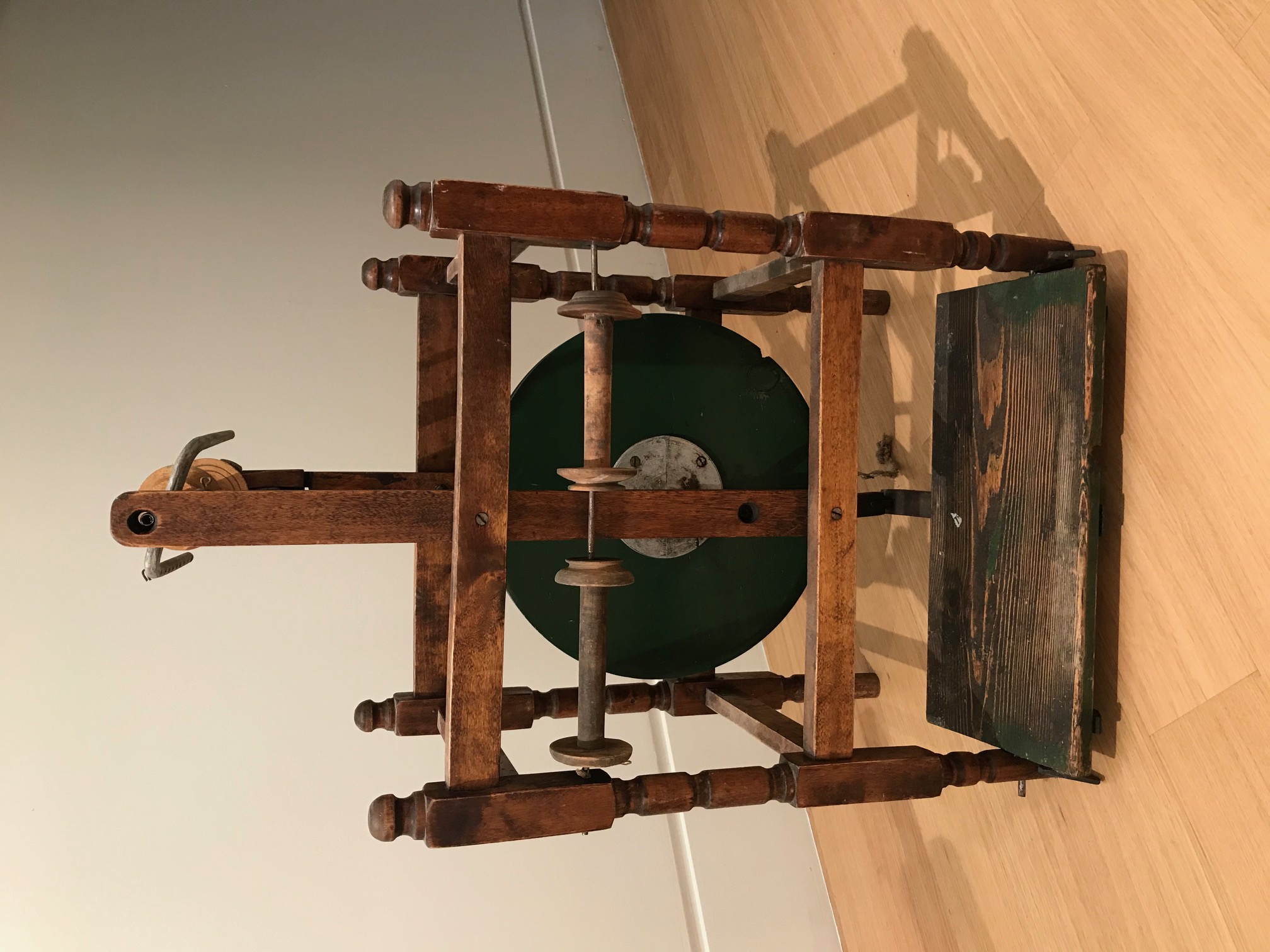 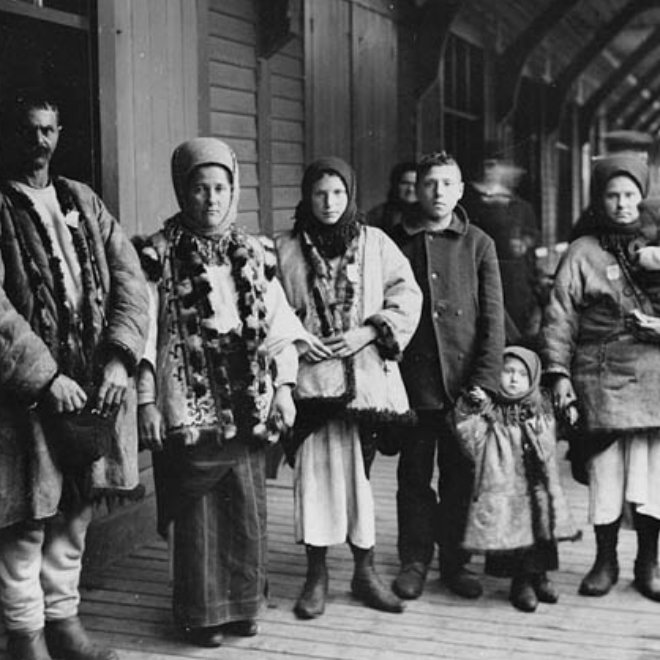 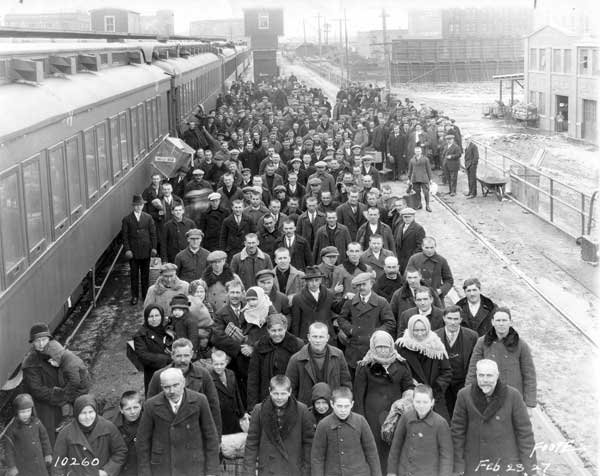 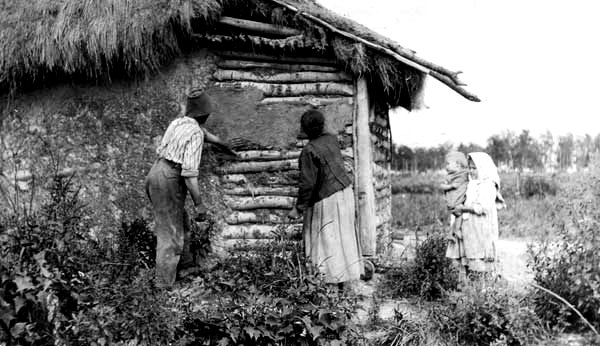 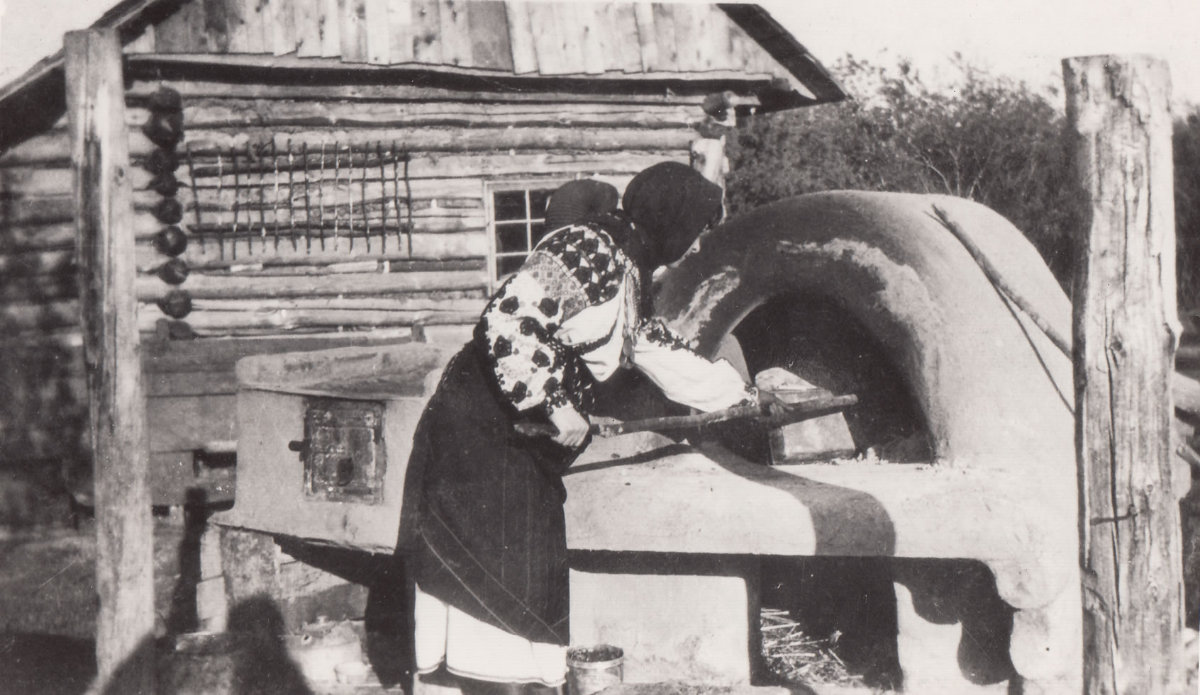 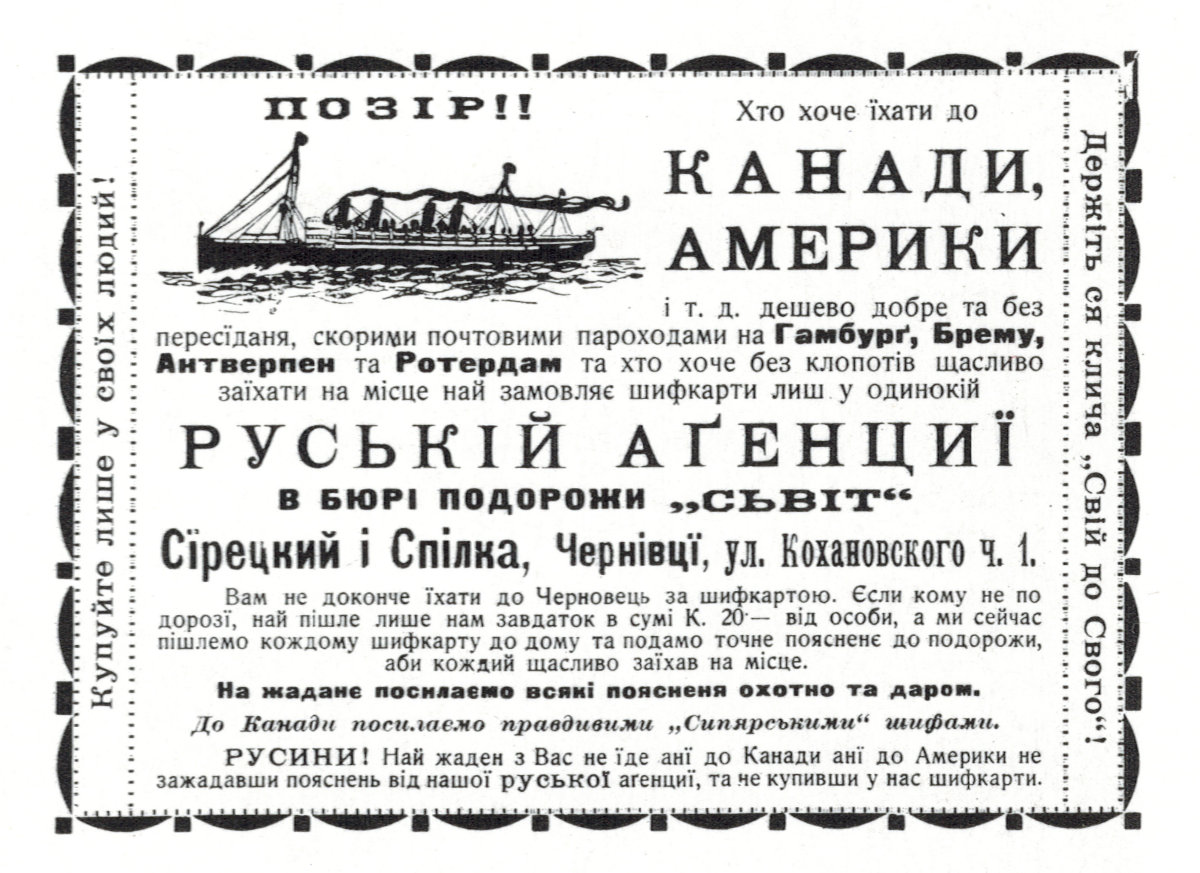 Advertisement to come to Canada, 1900s 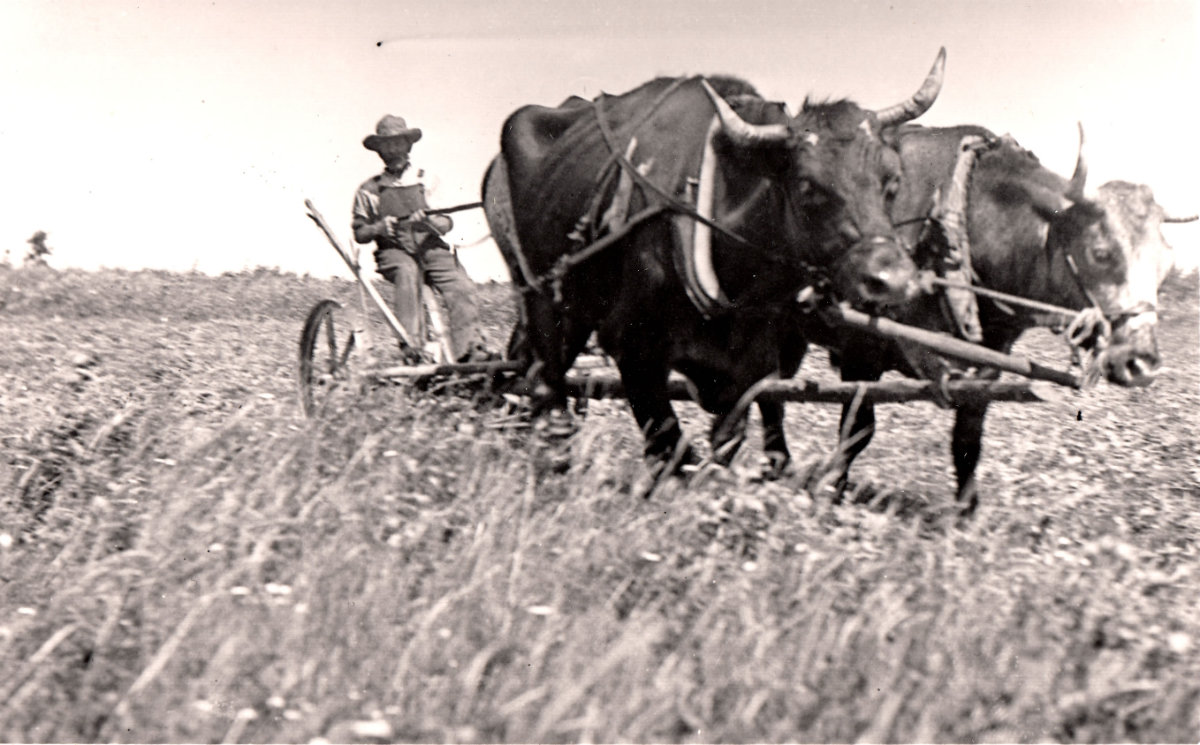 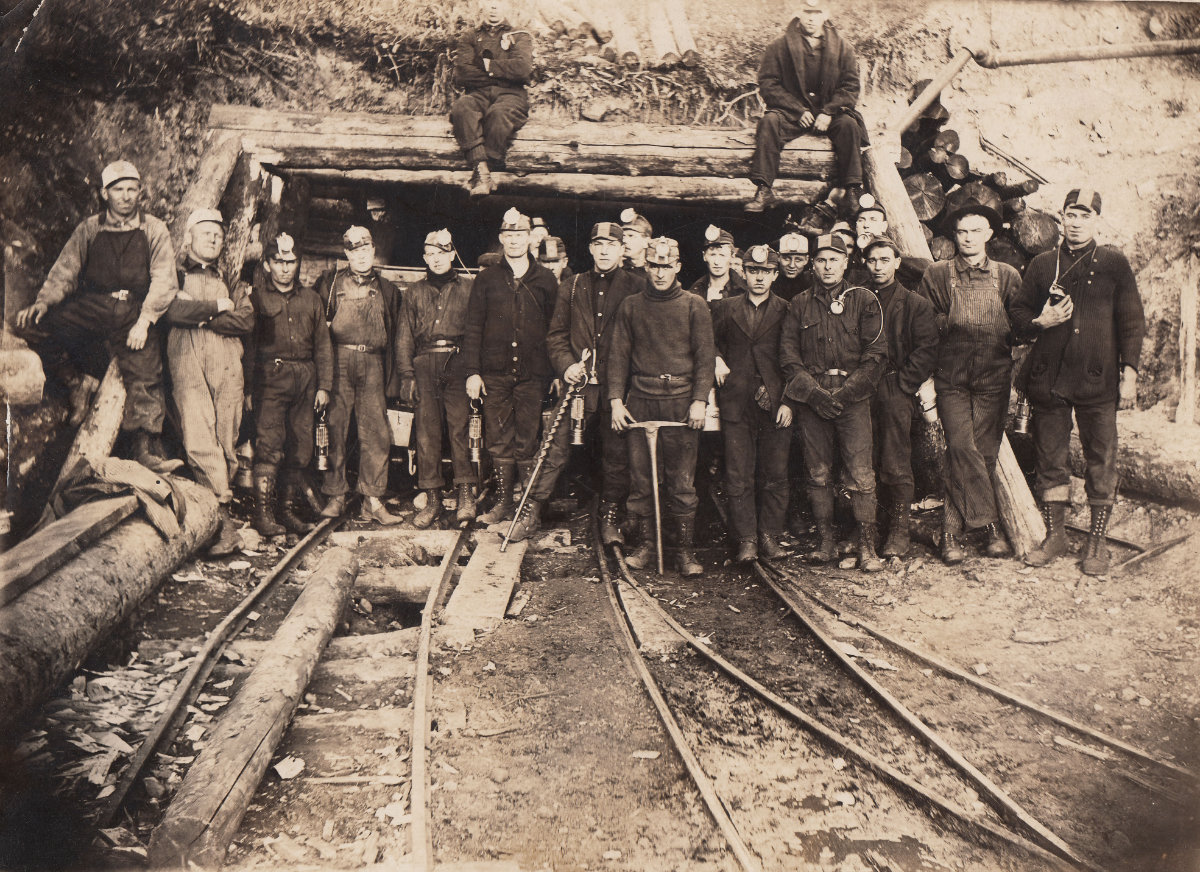 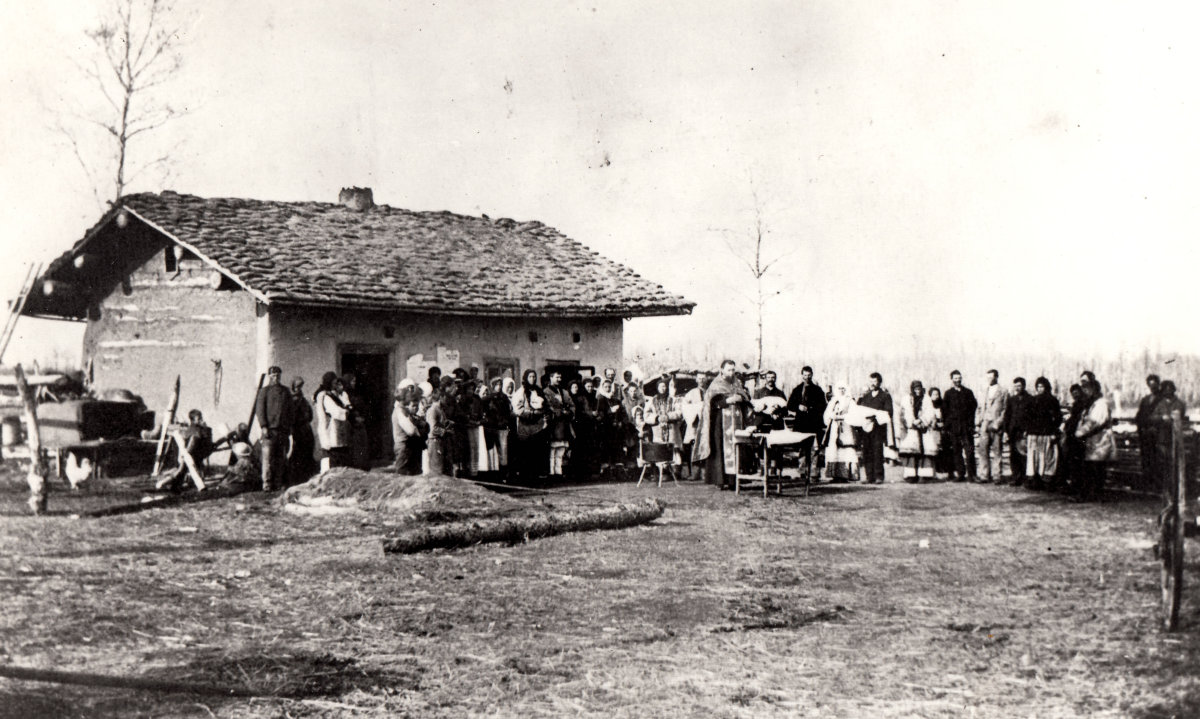 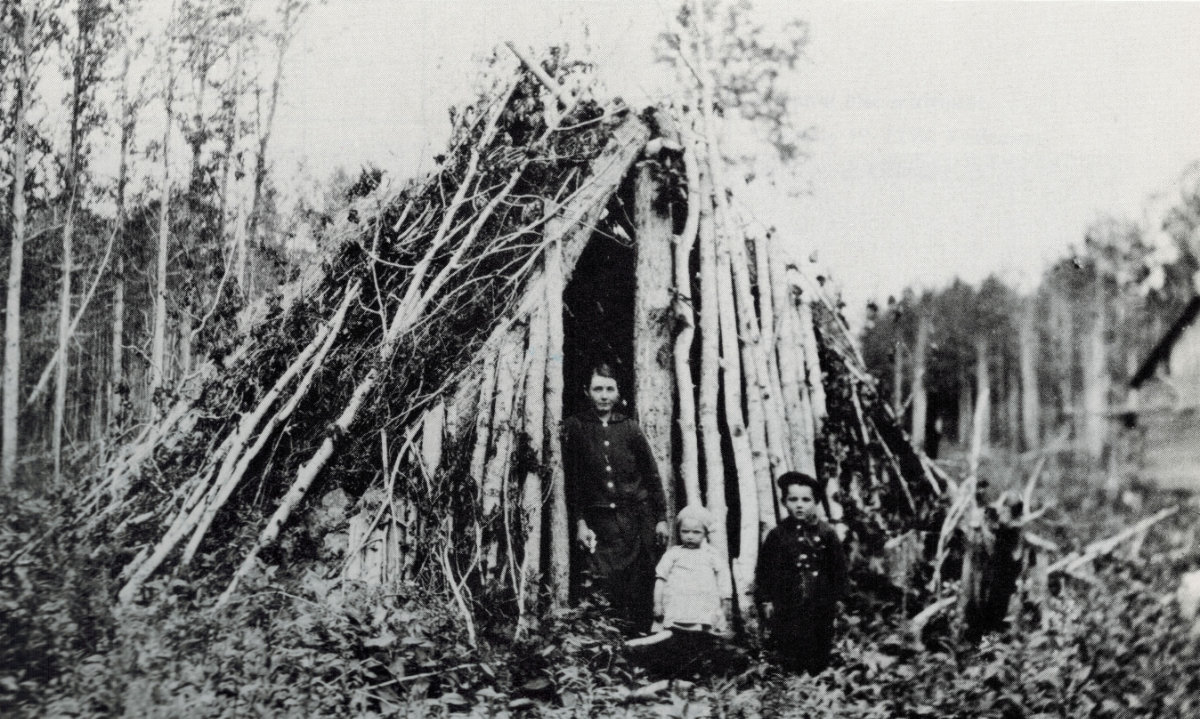 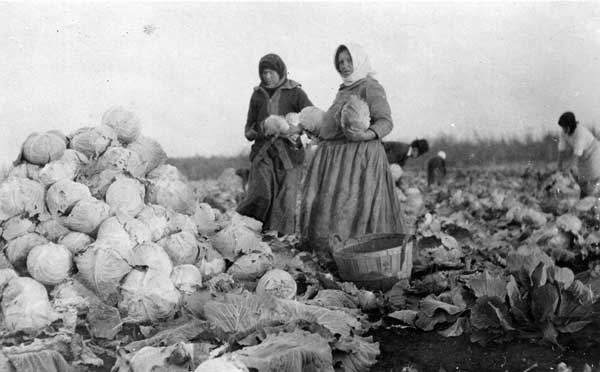 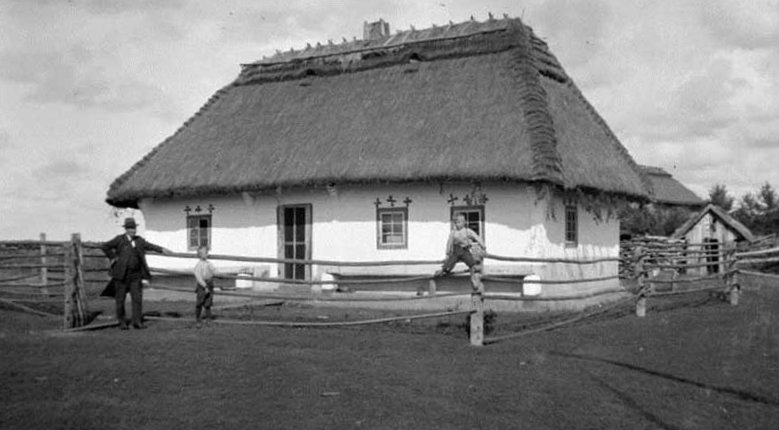 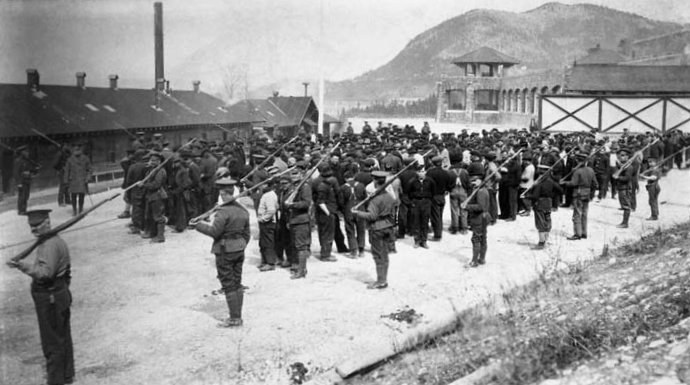 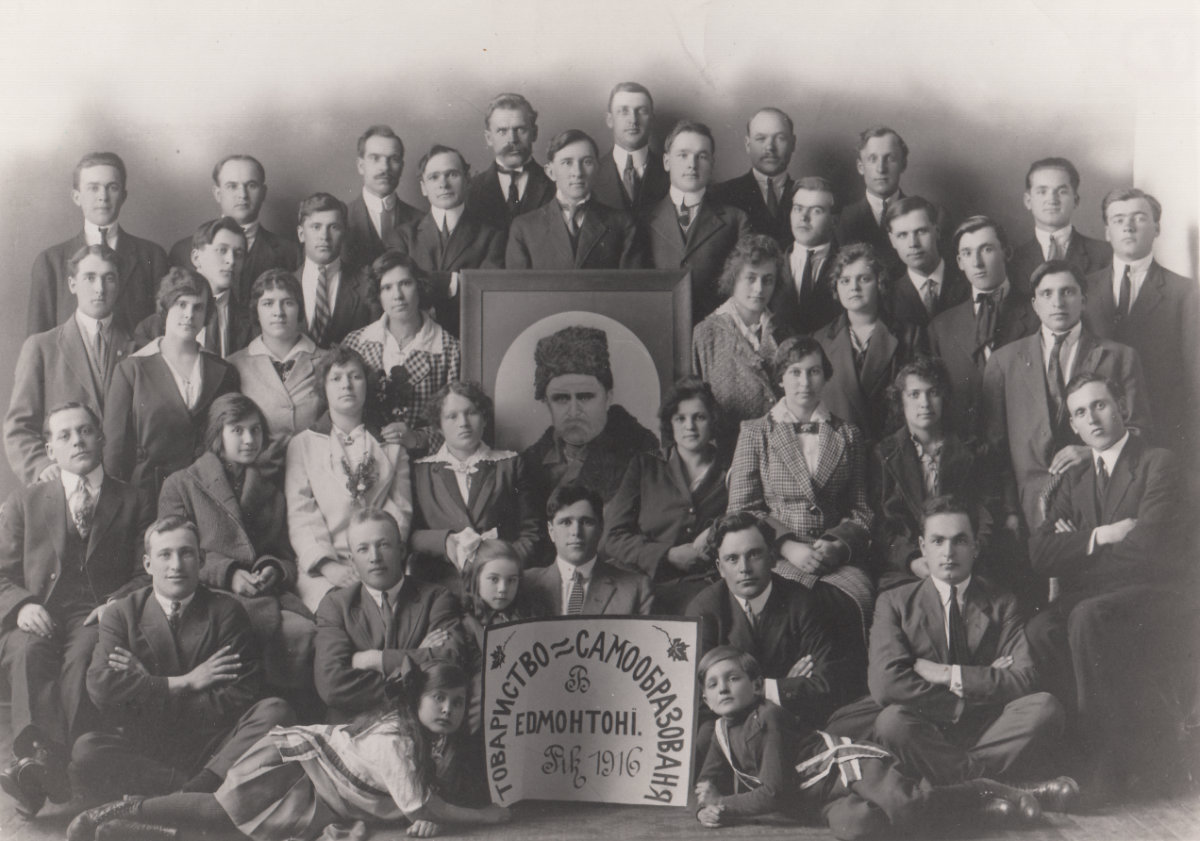 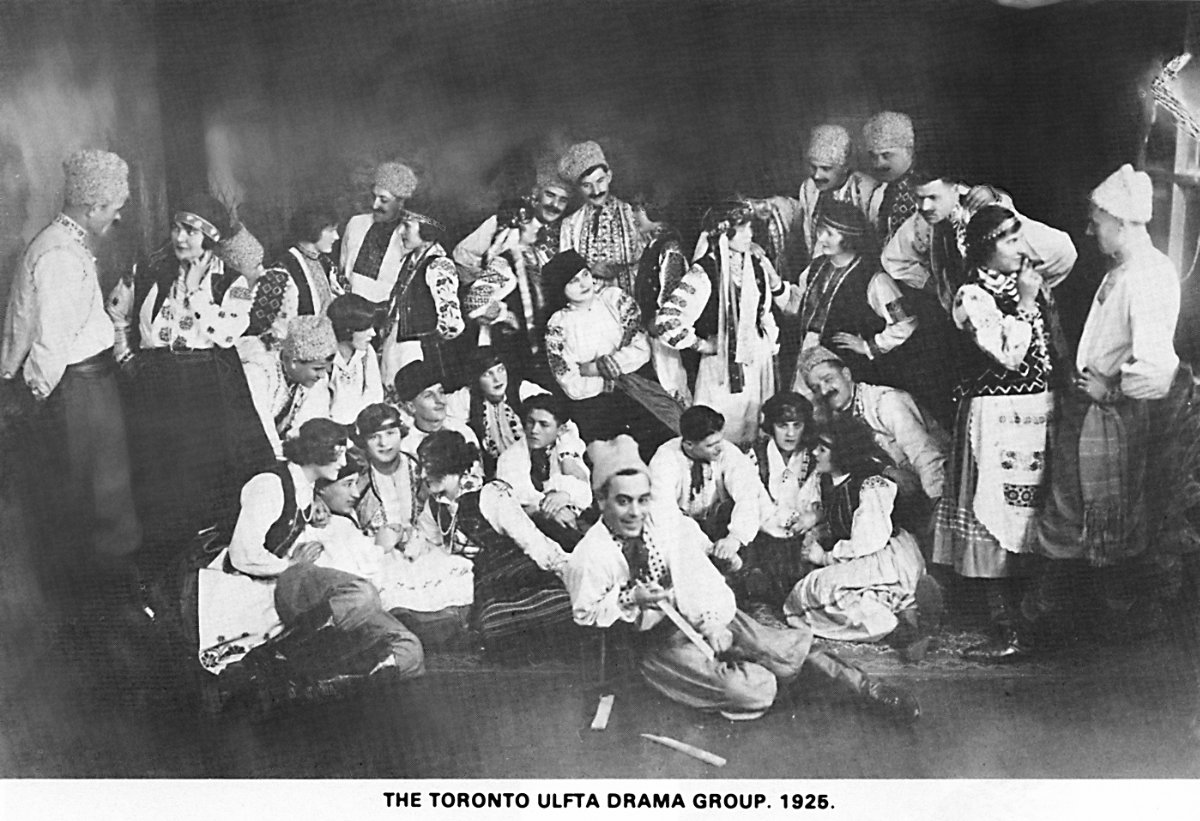 Poster of the Shevchenko Concert at Massey Hall in Toronto, 1942 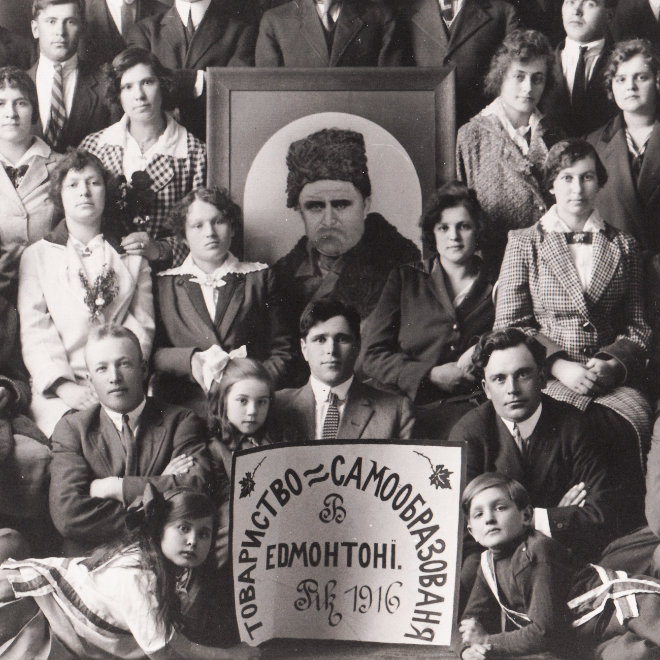