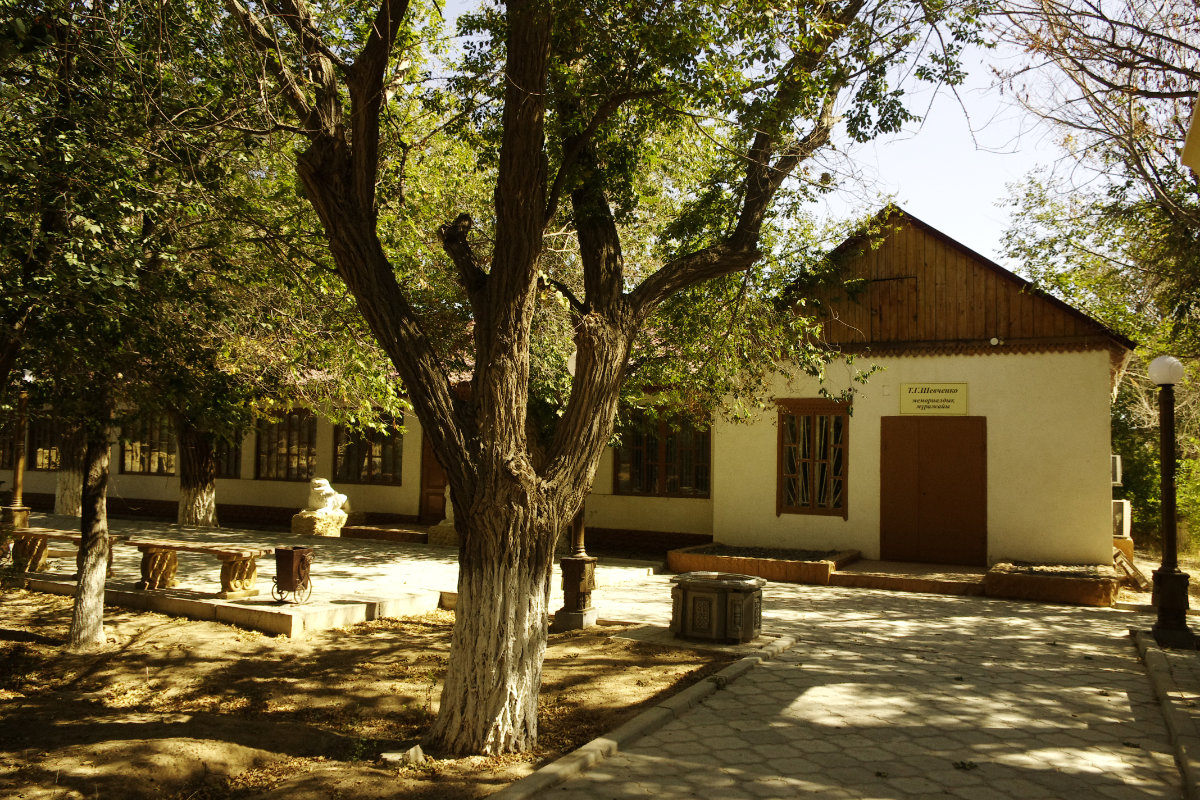 Fort Shevchenko is a town on the Mangyshlak Peninsula in the Mangystau Region of West Kazakhstan on the eastern shore of the Caspian Sea. It dates to 1846 as a military fortification and has had various names, such as Fort Alexander, Fort Uritsky and, in 1939, received the name of Fort Shevchenko. In 1850, Taras Shevchenko was banished to this outpost for his bold criticism of the tsar and for urging the populace to struggle against serfdom and for freedom of speech. His exile, beginning October 17, 1850 to August 2, 1857, was to last almost seven years. By order of the tsar, the artist-poet was forbidden to write and to paint. However, while in exile, Shevchenko was appointed a member of several scientific expeditions throughout West Kazakhstan, thus giving him a way to paint and write.

The Novopetrovsk fortification which once towered above the rocky cliffs is now in ruins, however the commandant’s cottage has been preserved and since 1932 has served as the Taras Shevchenko Museum. It is situated in a park named after Shevchenko and is part of an entire museum complex.

Also, in the park is a mud hut in which the artist lived, painted, and wrote. A well, which he dug himself, saved many people from thirst during periods of drought, Nearby is the former garrison’s kitchen garden where Shevchenko planted a willow branch he had found in the town of Guryev. Surprised that it had taken root, he wrote about it in his diary calling it ‘cherished’ and ‘beloved’ and the people started calling it ‘Taras’s willow’. In time, a substantial garden grew around the willow and exists to this day despite the severe climate of the area. Branches from Taras’s willow, which survived 150 years, grew into trees in many cities of Ukraine. After the willow died, branches from those trees were taken to, and planted on Kazakh land.

The first in the world monument to the great Kobzar stands along with a monument, called Isa-Dosan. It is dedicated to the heroes and victims of repression who died in the uprising against the tsarist regime. This monument is visible from anywhere in the town and from its location on the hill, there is an astonishing view of the museum, the town, and even the sea.

Despite this having been the most difficult period in his life, the years spent in the Novopetrovsk fortification, apart from the military drills, for Shevchenko were filled with creativity and unforgettable encounters. He painted many works portraying the Novopetrovsk fortification and was one of the first artists to depict the Kazakhs, their way of life, as well as the regional landscapes.

The Taras Shevchenko Museum itself has several rooms. The first hall is dedicated to the artist’s early works, and the second displays copies and reproductions of his paintings and drawings from the time of his exile in the Novopetrovsk fortress and from the many expeditions around Kazakhstan. A vase, containing the sacred earth from the great Bard’s grave in Kaniv, is displayed in one of the museum's halls.

In 1925, the Soviet Kazakh government declared the park a protected area and to this day it preserves the memory and legacy of the great Ukrainian poet and artist, Taras Shevchenko. 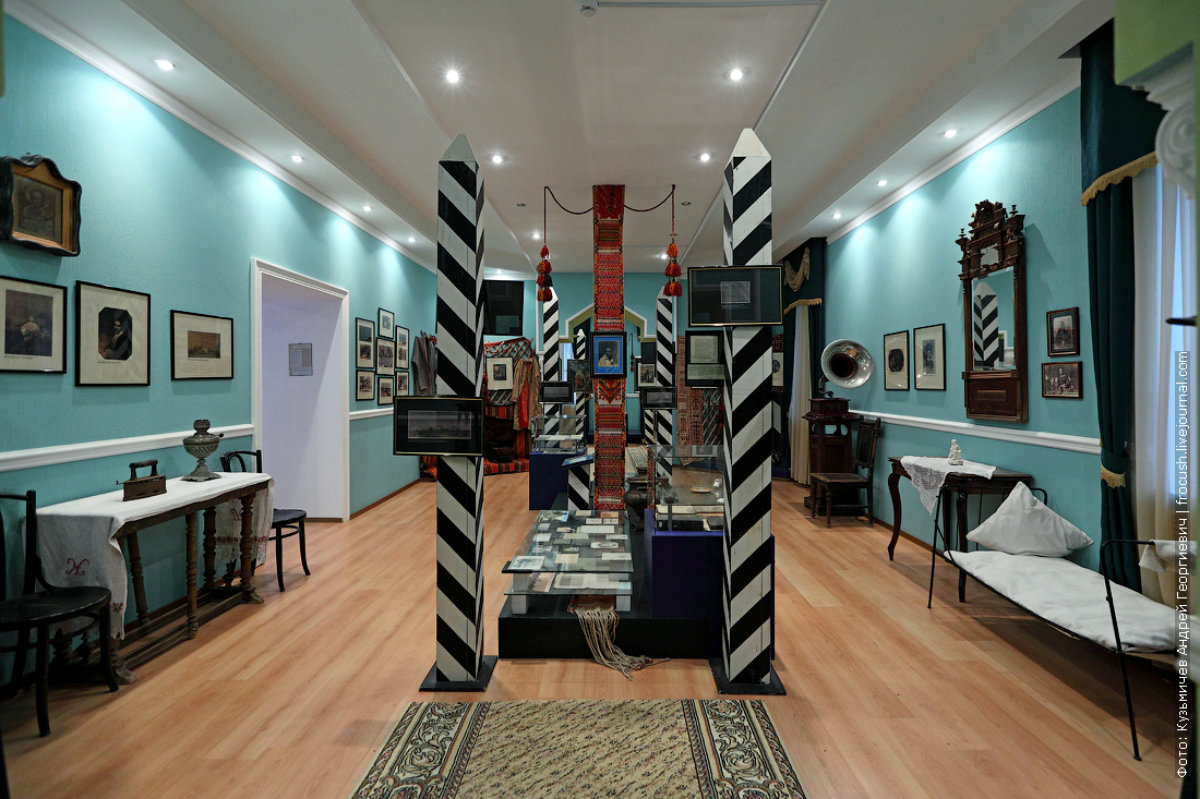 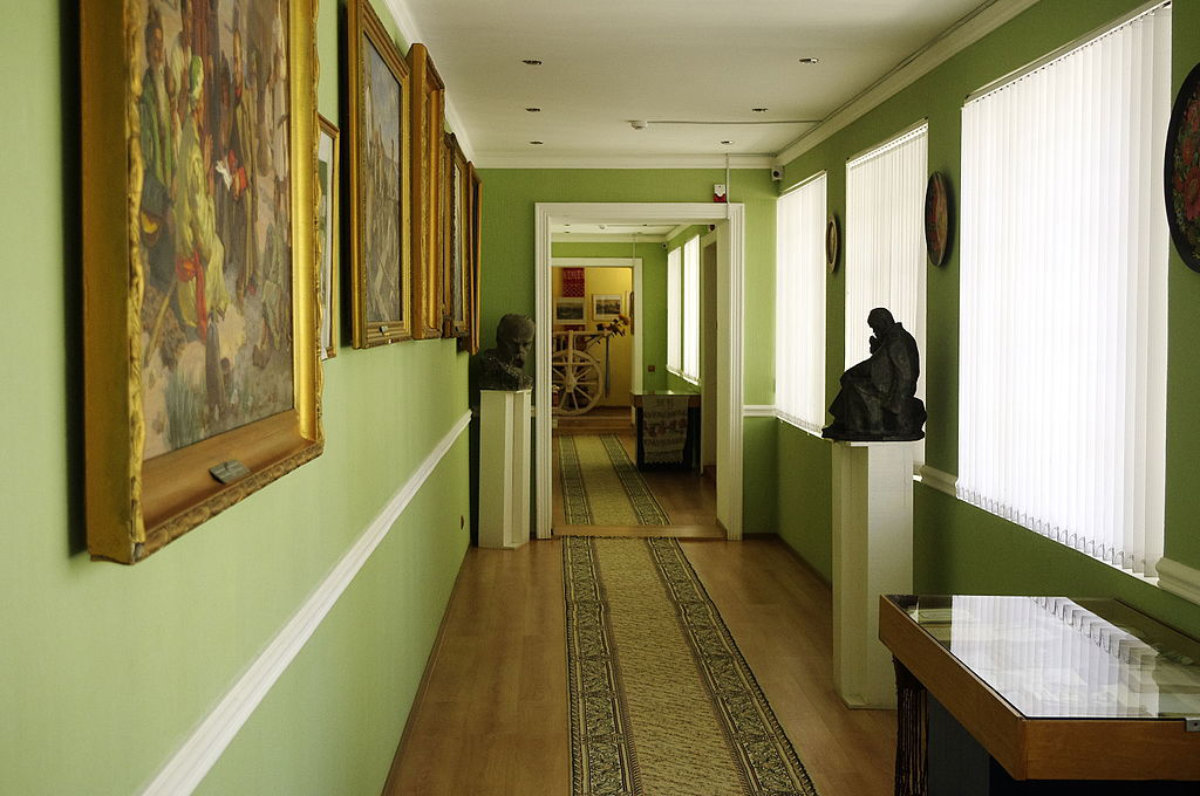 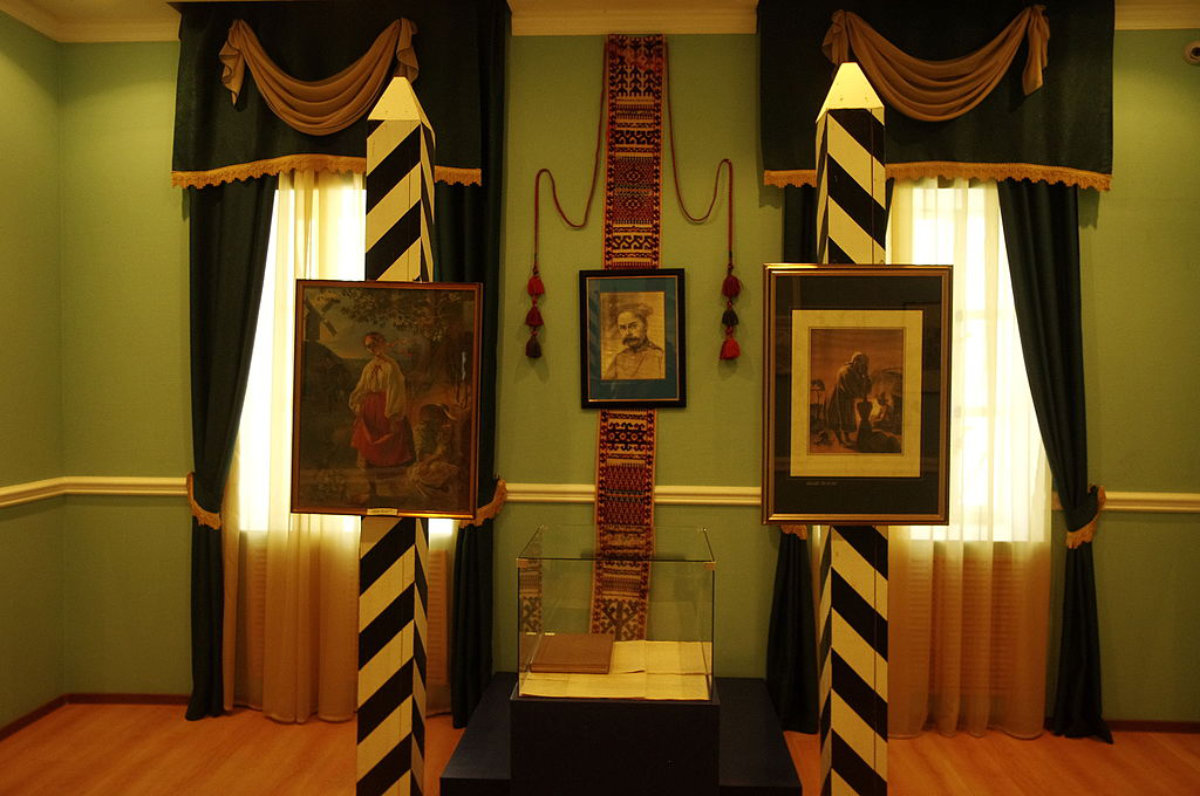 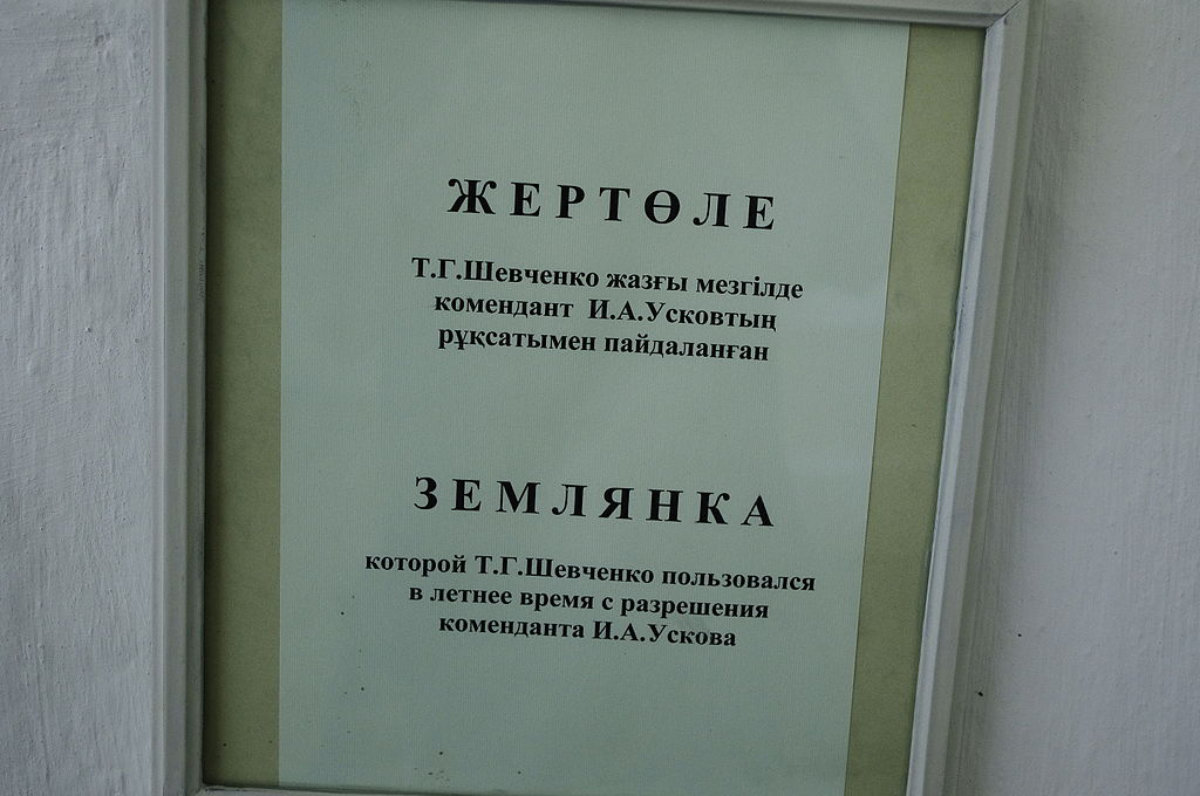 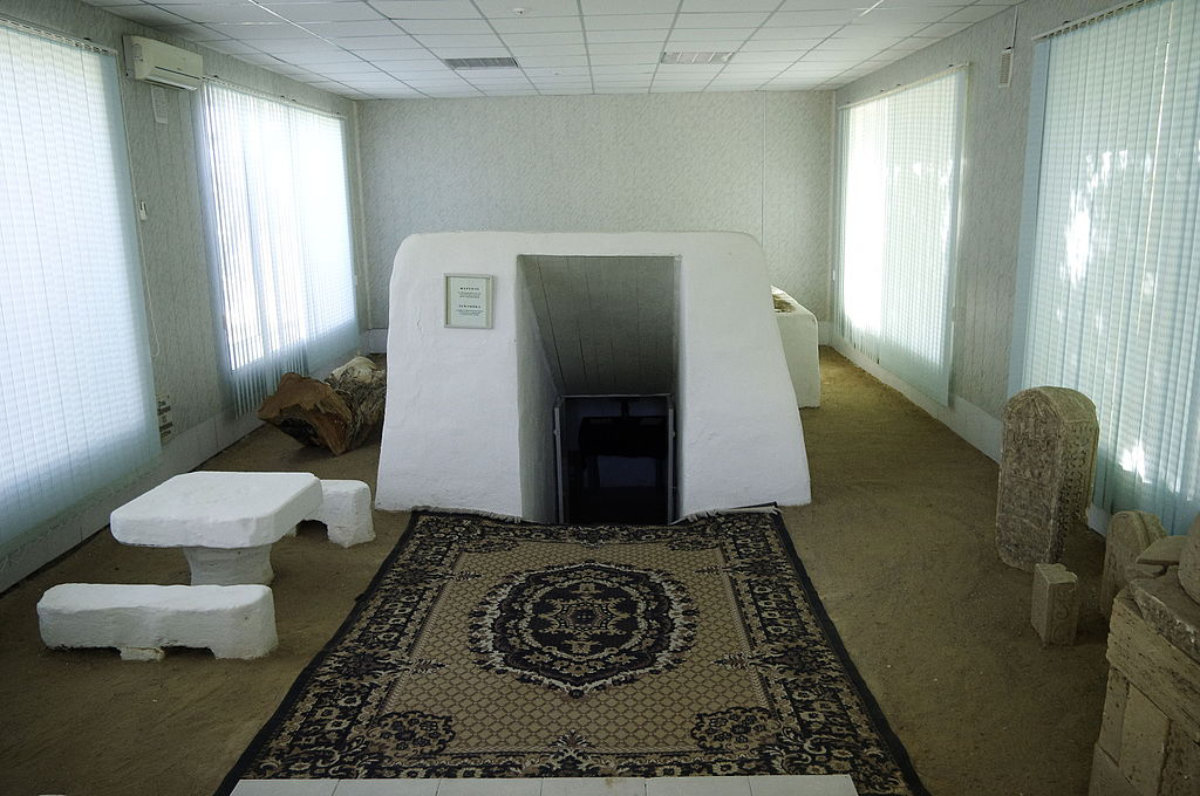 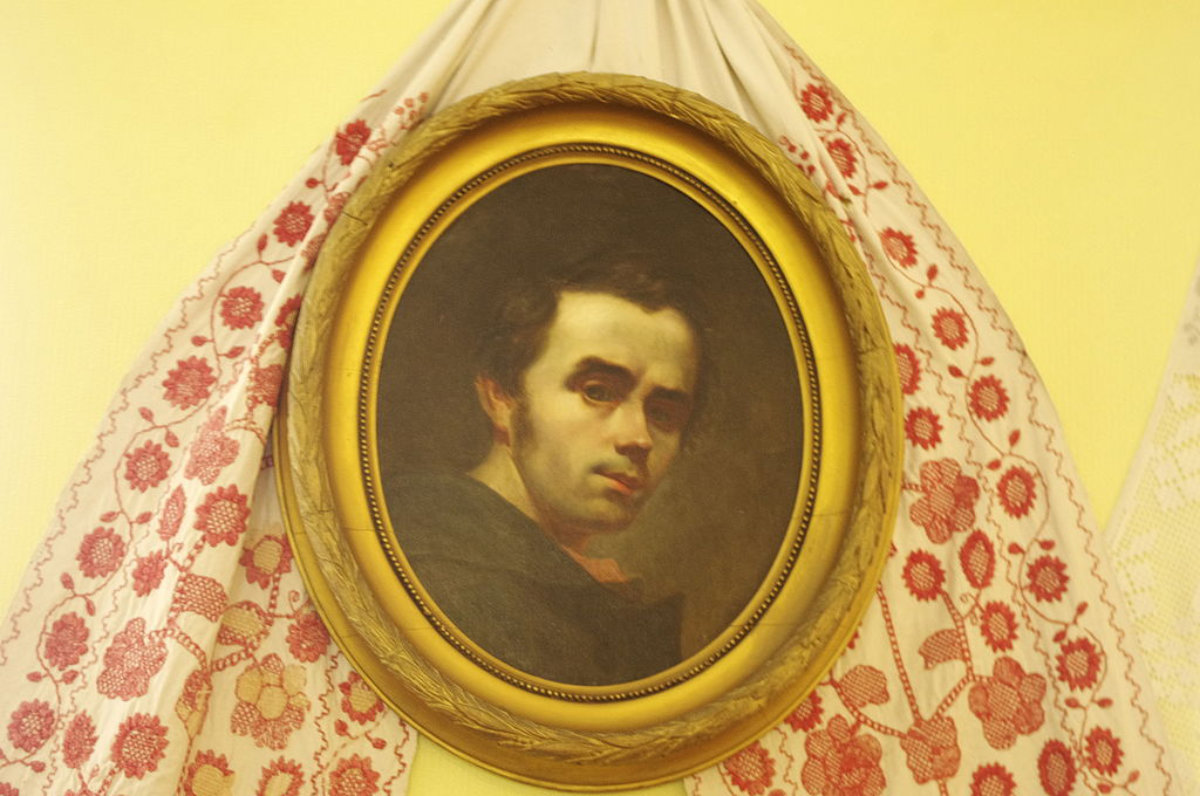 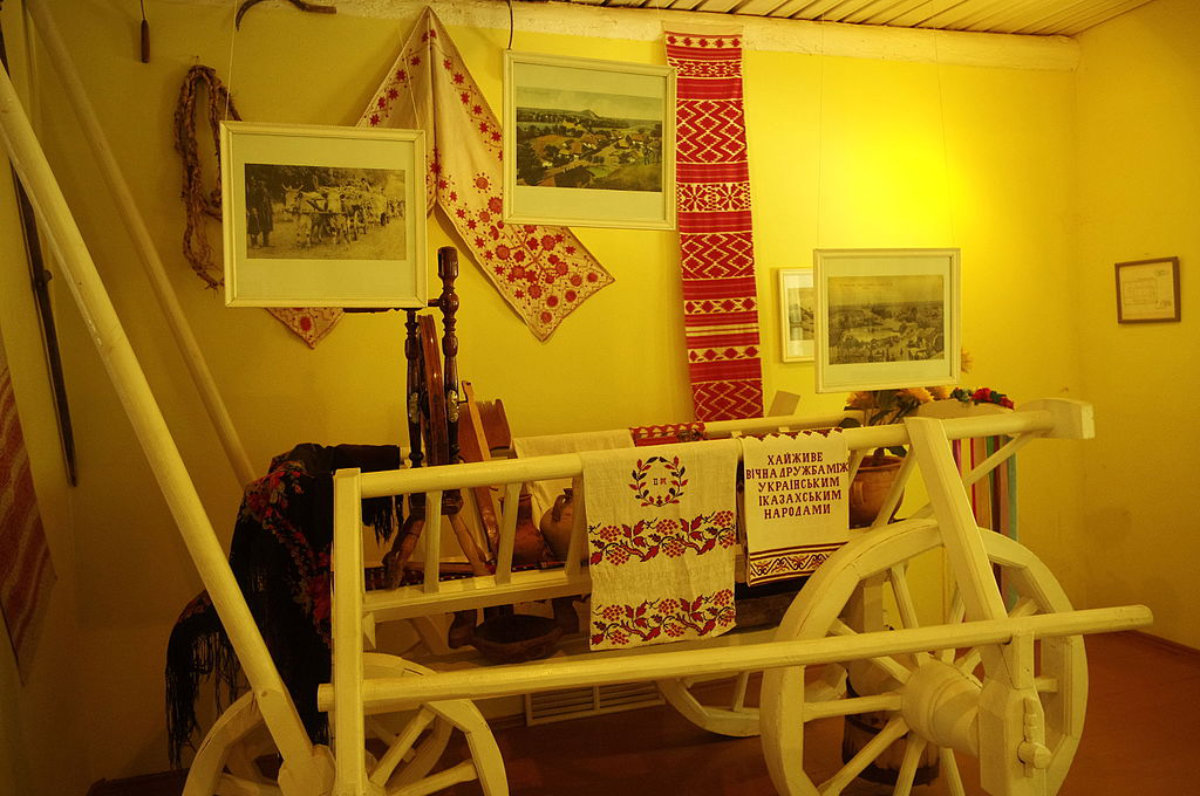 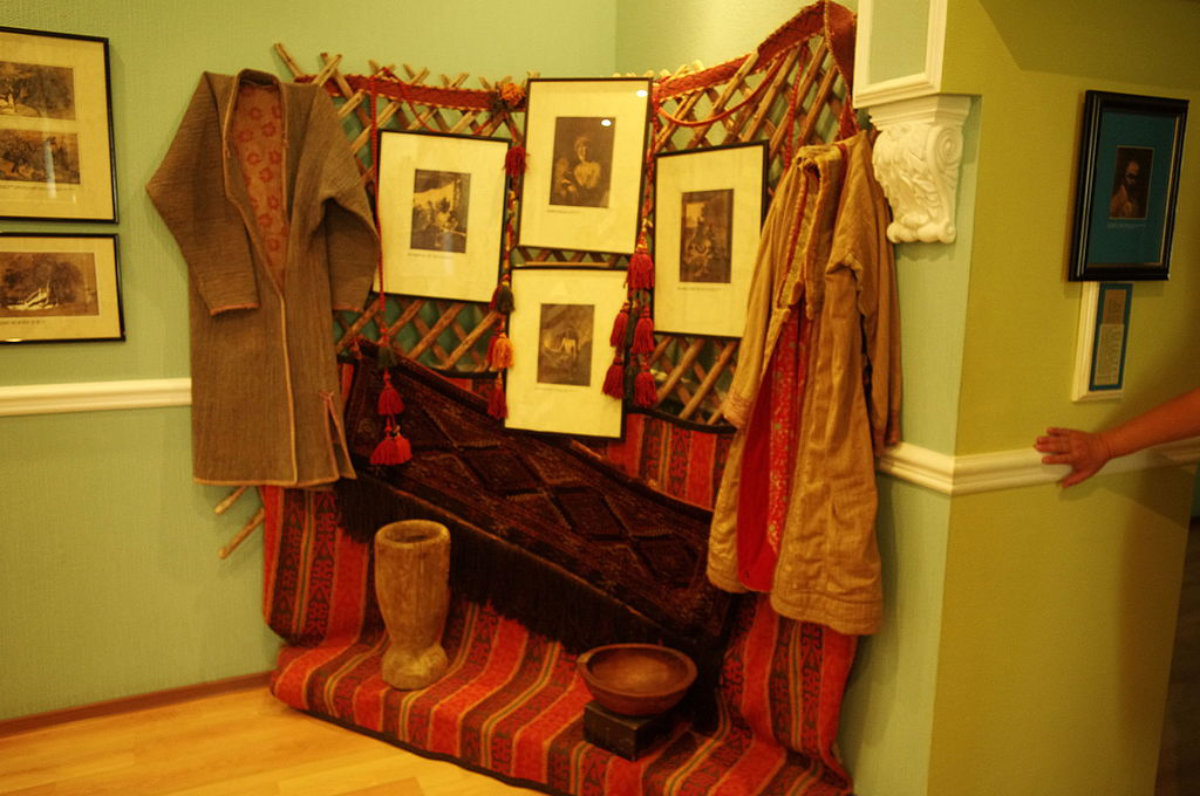 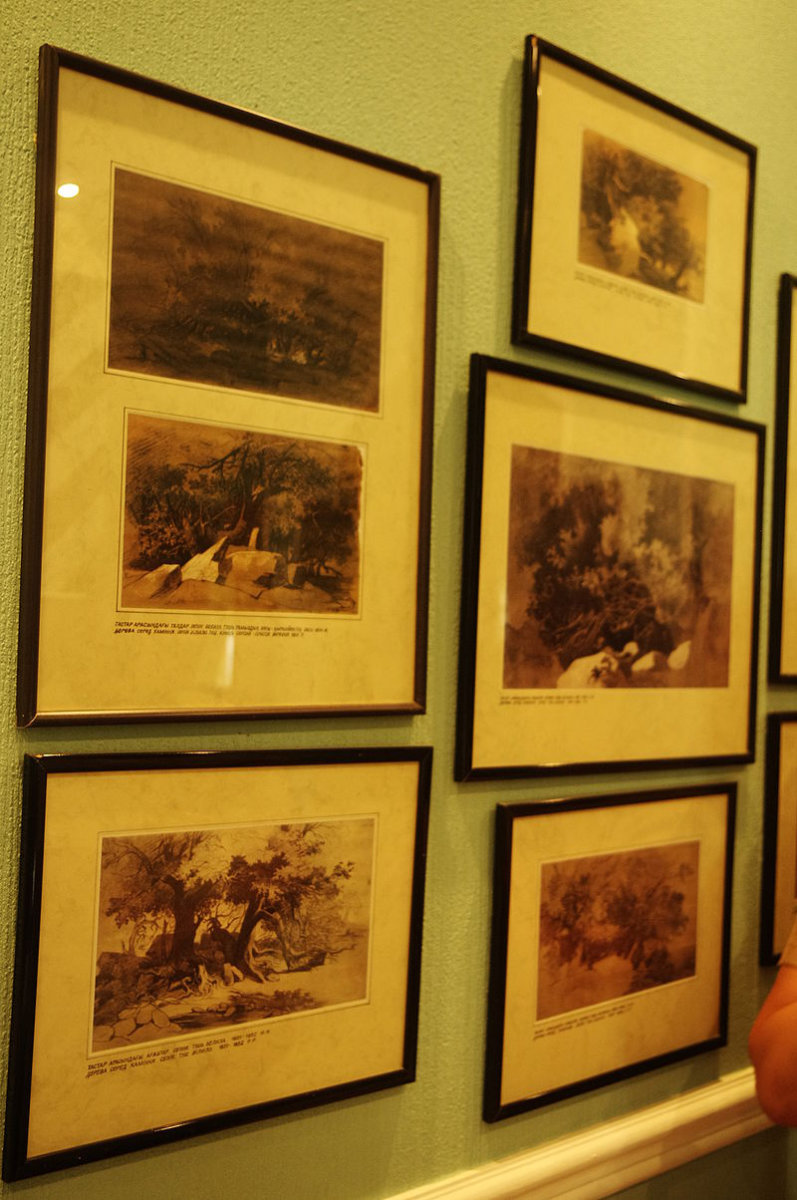 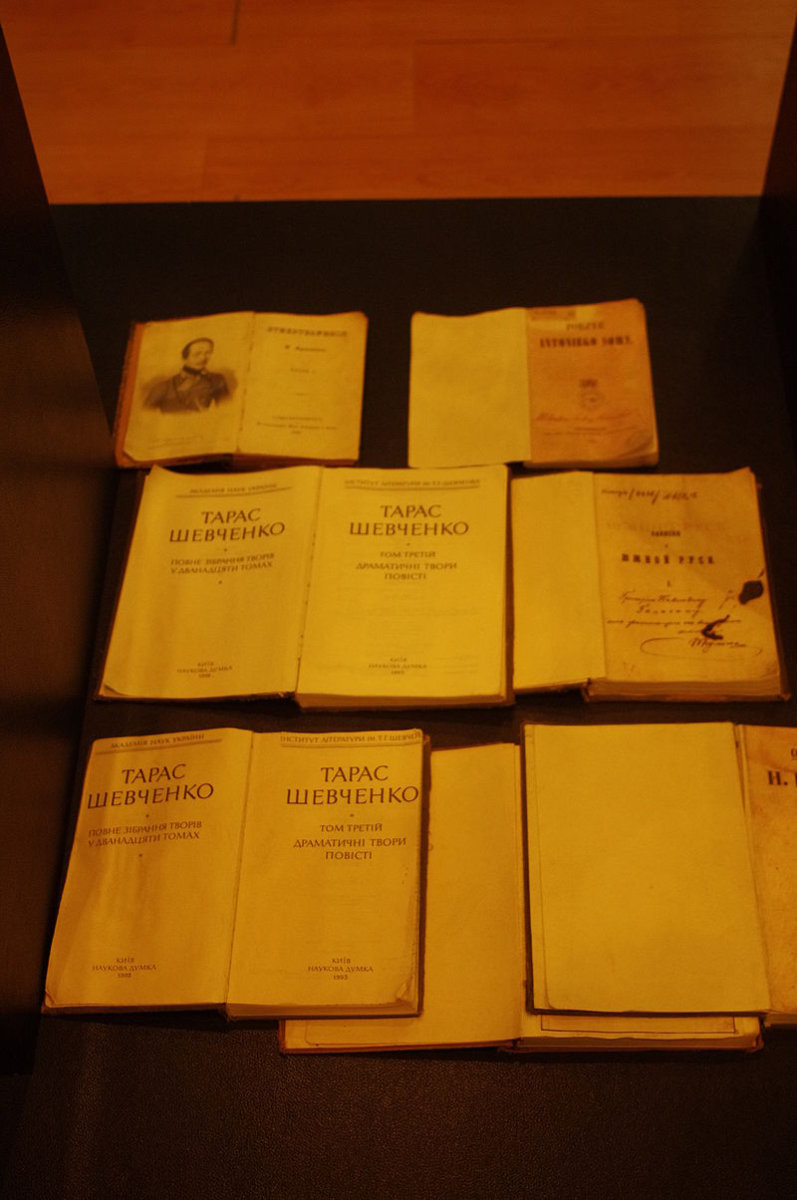 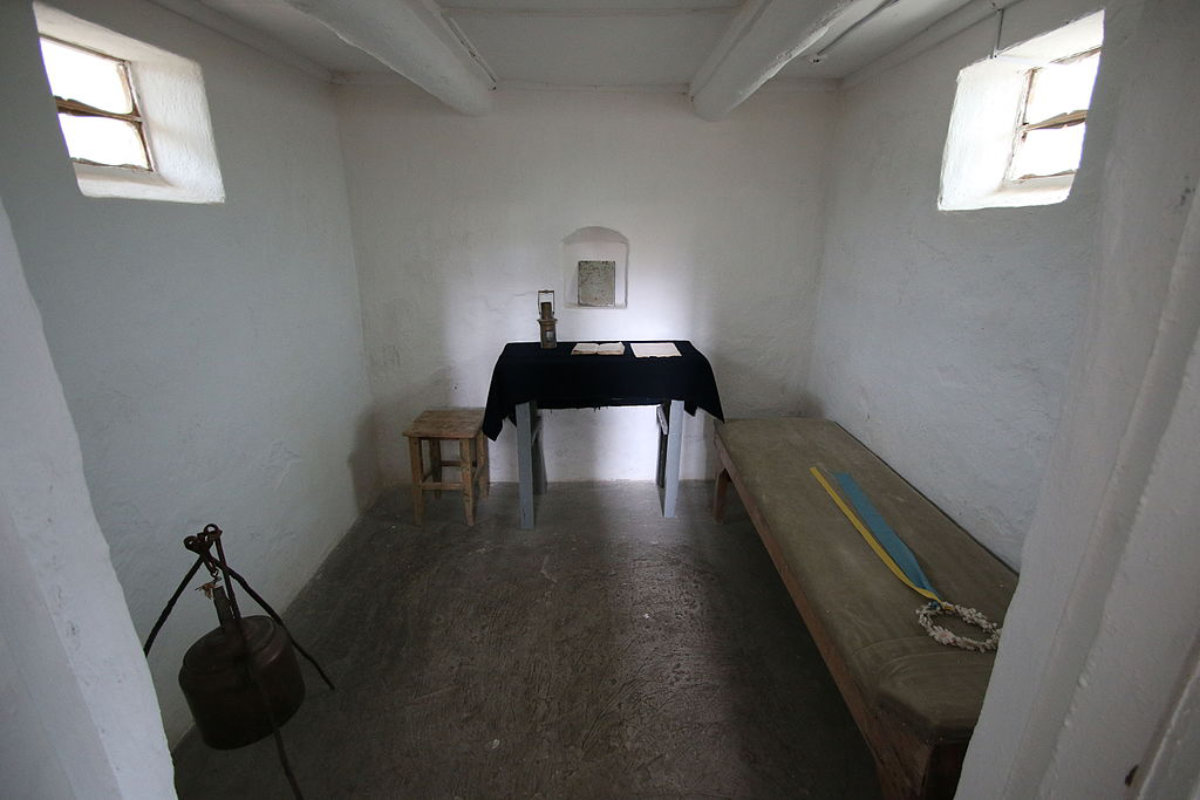 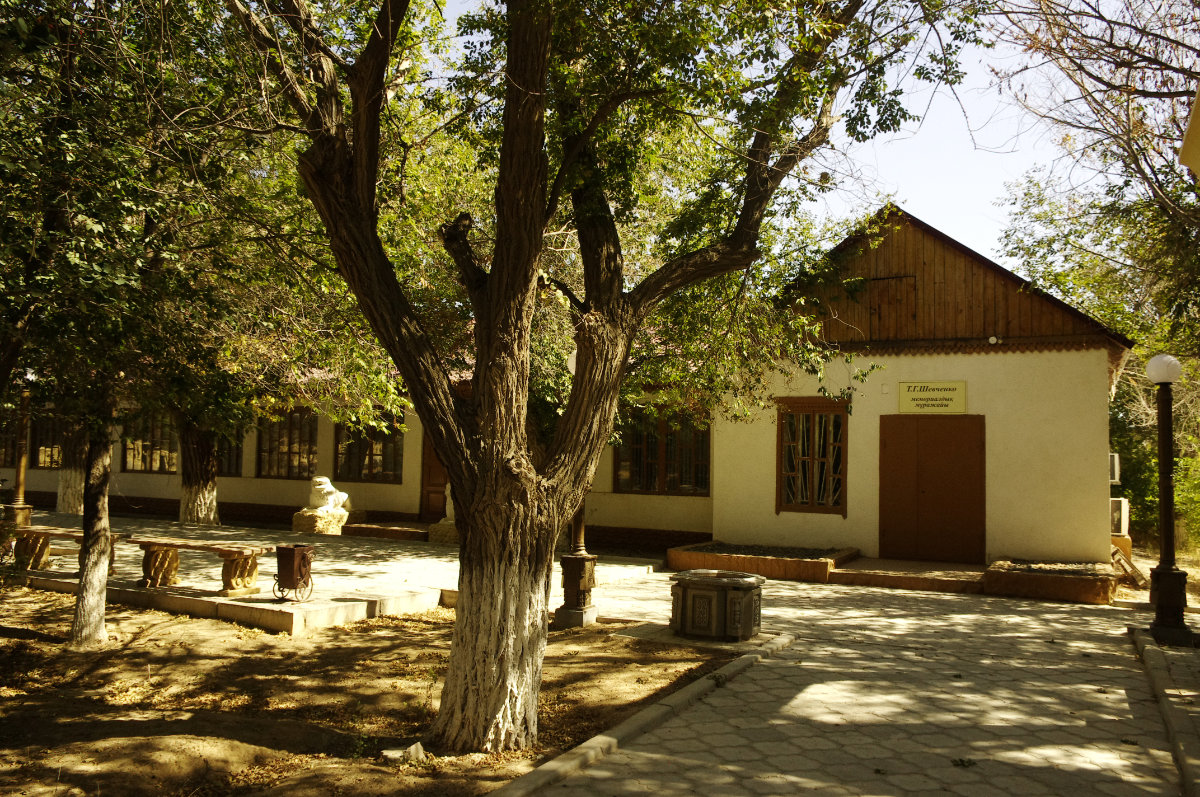